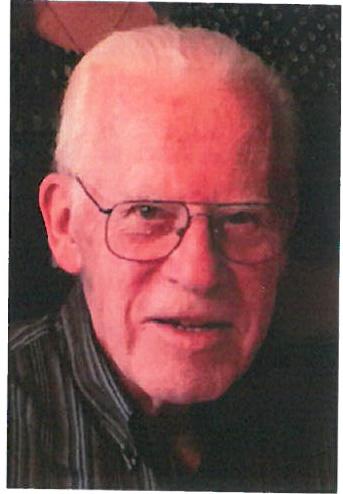 Our strong and gentle father, Bill, passed peacefully on October 9, 2019, at the age of 88. Bill follows his beautiful wife, Barbara, into the loving hands of God and is survived by his children Ross (Kathy), Colleen, and Glen (Bonnie); grandchildren Ryan, Briana, Joshua, Trevor, Shannon (Marc), Brandon, and Caitlin; great-grandchild Jack; and several loving nieces.

Bill was born in Sydney, Nova Scotia to William and Emma Tracey. He moved to North Vancouver with his mom and sister, Nancy, in 1937. Bill was interested in technology from an early age, first in photography and then Amateur Radio. At the age of 15, Bill became a licensed Amateur Radio operator with call sign VE5WR (final call sign of VE7QQ).

Bill entered UBC in 1949 and graduated with a B.A.Sc. in Electrical Engineering in 1955. Shortly thereafter Bill met his wife Barbara in a young adults group at St. Andrews Wesley United Church and they were married in 1957. Bill had a varied career in Electrical Engineering focused primarily on telecommunications that took him and his growing family back and forth across Canada and to distant places like Tehran, Iran, before finally settling back in North Vancouver in 1981. His passion was always Amateur Radio. Many of his friendships arose out of his involvement with Amateur Radio and it was also a way for him to give back to the community. He helped form the North Shore Amateur Radio Club in 1987 and was also recognized as an Honorary Firefighter in 2004 by Surrey Fire Services for his work on the emergency radio and dispatch system for Surrey, BC.

Bill was a kind and gentle soul, likely as a result of being raised by his mom together with his sister. He was always there to lend an ear or a hand and to offer wise advice, and enjoyed spending time with his grandkids. Bill will be missed for his compassion, dry wit, and devious grin.

Dear Ross, Colleen, Glen & family: So sorry to just hear about your mom & dad. Fond memories of working with your mom & staying friends at a distance for almost 40 years. Your dad was a delightful person. We had a great visit when they stayed with us in Burlington a few years ago. Also so happy your mom came to our wedding in NOL a few years ago. They were very special people. They sent the nicest Christmas letter every year keeping everyone ip to date on your families. Forever loved & remembered. Trudy Cameron & Lou Murray xo