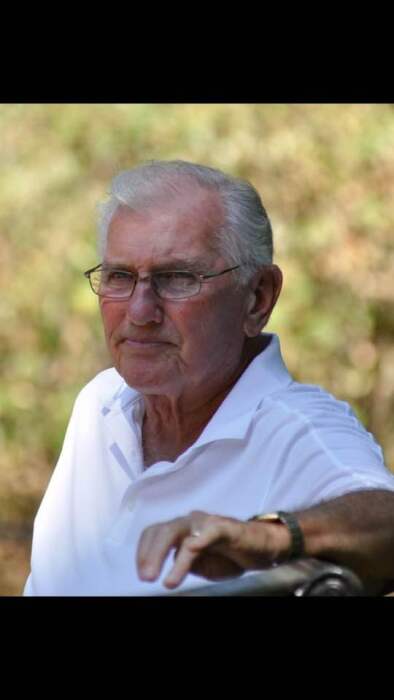 It is with heavy hearts that we announce the sudden passing of our beloved Gerald (Gerry) Barber. Gerry passed away peacefully with his family around him at the age of 86. He is survived by his loving wife of 60 years, Marlene (nee Thorn), daughter Brenda, son Darin (Shauna) and grandsons Ryan, Nicholas and Joshua. He is also survived by many nieces, nephews and friends.

Born in Vancouver Gerry was the youngest of 3 siblings. He is predeceased by his parents, his brother and sister.

In his younger years Gerry joined DeMolay and various other clubs in Vancouver, including a fraternity. He is survived by some of his fraternity brothers, many of whom remained life-long friends. Gerry decided these clubs were not doing much for his future and in June 1955 he took a job as a ticket agent at Horseshoe Bay. This would be the beginning of Gerry’s 40 year career in the BC Ferries system. He was promoted and transferred to Nanaimo where he and Marlene bought their first home and welcomed their first child, daughter Brenda Lynne in 1963. In 1966 he was promoted to Tsawwassen as Terminal Manager and in 1967 they welcomed their second child, son Darin Gerald.

Gerry and Marlene decided to establish their roots in Tsawwassen and as Gerry moved up in the BC Ferries system, receiving numerous promotions, he and Marlene were able to build their own family home where they spent the next 25 years raising their children and creating lifelong friendships. They enjoyed spending time with their many friends every weekend playing cards and golfing. Gerry was very involved in the community, taking part in Rotary, Kinsman and the Variety Club. Family vacations were enjoyed every summer, with their trailer in tow, traveling all over western Canada and the US creating many happy memories with their kids. Gerry’s final job posting was that of Superintendent of Operations of all BC Ferries terminals. This job had him traveling for business more than he cared for and Gerry happily retired in 1995.

Shortly after retirement Gerry and Marlene relocated to South Surrey as they were members of Hazelmere Golf Club. Gerry golfed every day and he attributed golf with keeping him sane and giving him a purpose in retirement. He enjoyed 100’s of rounds of golf with his buddies, ending each day at the 19th hole where they would meet and share stories.

Traveling was a shared enjoyment for Gerry and Marlene and they spent 27 years of retirement trailering and golfing all over the United States meeting new friends and creating new memories. When trailering became too much they would fly south and rent a place in Arizona or fly east and stay with friends in Florida. They were eventually able to travel abroad to England, France, Italy, Portugal and Germany. They also enjoyed three separate cruises, one to the Western Caribbean, one to Acapulco, Mexico and the last one was a River cruise from Amsterdam to Budapest and then by train to Prague.

Gerry took great pride in never being out of work, always paying taxes and focusing on providing a home for his family. He leaves them with endless loving memories along with a well prepared family history for his kids and grandkids to know their roots. In a personal note Gerry wrote how proud he was of his family and that his 3 grandsons made everything worthwhile. He also wrote to Marlene “you were the only girl for me and I loved you more than I could ever tell you.” and his wish for her would be that she would “have your family, your whole family around you always, and that they will take care of you in the finest of ways, I know they will.”