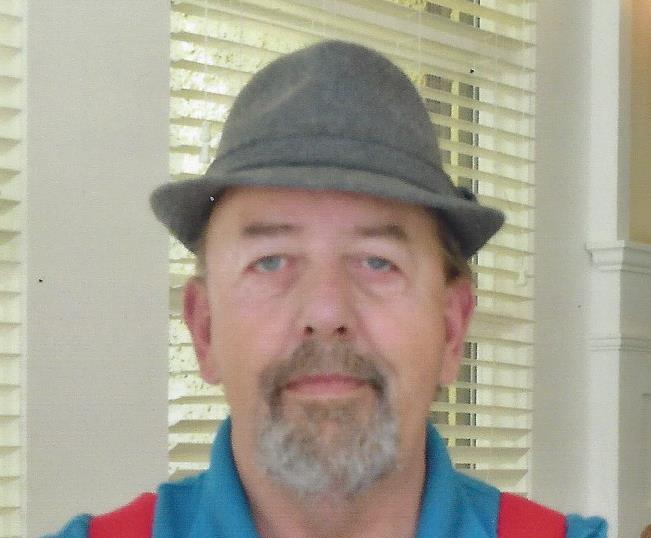 With heavy hearts, we announce the peaceful passing of Robert in New Westminster, BC on November 2, 2019, after a brief illness. Predeceased by his loving parents Marion and Raymond Gard of Toronto. Robert is survived by his sisters Lorraine Gaird, New Westminster; Patricia Crowell (Jim) Toronto, and brothers Bill Gard (Judy) Halifax and Jim Gard, Toronto. Originally from Toronto, Robert also lived in Bobcaygeon and for the last 15 years in BC.

Robert will be remembered for his kindness, generosity, and sense of humour. He will be missed by friends, family and many people whose lives he touched. Upon relocating to BC, Robert volunteered at The Warehouse, serving hot meals to Vancouver’s homeless and disadvantaged for many years. Robert was an avid photographer, and loved capturing the beauty of BC in his photos.

A special thank you to Pastor Jeremiah for his comfort and support, and to the wonderful staff at Royal Columbia Hospital, for they are truly angels on earth. If desired, donations in Robert’s name may be made to the City Reach Care Society, Attention “Club Freedom”, Broadway Church, 2700 East Broadway, Vancouver, BC, V5M 1Y8. Cremation has taken place. A service honouring Robert’s life will be held at a future date. Robert is now at peace.

Condolences and information at www.asimplecremation.com

Today, June 21, on your birthday, I wish to thank you for all the love, fun, insight and deep caring you brought to me when you came to Vancouver. Your grace in always helping others is remembered and deeply appreciated. I love you, miss you and know we'll be together again. Thank you for the joy and the love you brought to my life.

Robert passed with great dignity, courage and love November 2, 2019. He is remembered every day with great love and appreciation for all the good he brought into my life. Robert, my brother, left so much goodwill for me in the community of New Westminster. I am certain he did this to make his passing easier for me. So many people in New Westminster ask after him - he was a comfort and friend to many. Robert brought so much love and joy into our home - he gave me a deep appreciation of music, fun and also food! Everywhere I look in our home I see something that Robert brought to make our home life lovelier. I know he is with me in spirit and that I will see him again. He is still showing his sense of humour from the other side and I am greatly comforted by his contact. Love you always, Robert. Lorraine

In Memory of Robert GAIRD

With Deepest Sympathy To All Of Roberts Family , We’re going to miss Bob , As he used to baby sit my son , & he was always there if you needed a favour or to . He was so kind & he will be deeply missed by son & I & he’ll never be forgotten may Bob Rest In Peace From Maggie Fedorowicz & my son Anthony

Lorraine, so sorry to hear about the loss of our long time neighbour. Conversations with Robert were always interesting. We appreciated when he shared his beautiful photographs with us. Despite his own struggles, he always asked after the health of others. We will miss him.

Robert is deeply loved and missed. He came to British Columbia on September 1, 2005 with his beautiful cat Simon to live with me. We became a family quickly. Robert added so much to my life - his humour, grace and kindness. He touched many people in New Westminster. He loved music and would open the balcony doors, turn his music up a bit and then dance to it. He made me smile a lot. He would often go to the New West Quay at 5:00 a.m. (I'm told by cab drivers sometimes earlier) to photograph the sunrise. Sunrises are now extra special as I always think of him. I will put some of his photos online in the near future. Robert volunteered with Club Freedom for years, an organization providing very good meals to the homeless on Sundays. He also became a mentor of some individuals, listening to them, without judging. Robert always said he wanted to put a smile on people's faces, and he certainly did that very well. A Celebration of Life for Robert will be held at Club Freedom in the New Year, the date has not been settled yet.
For anyone who is grieving over the loss of a loved one you may wish to take a look at Dr. Eben Alexander on youtube, or Dr. Mary Neal. These individuals died, "crossed over" and came back. The description of the other side is beautiful and many people have experienced it and come back- I am comforted to know that Robert is at peace and in such beauty.