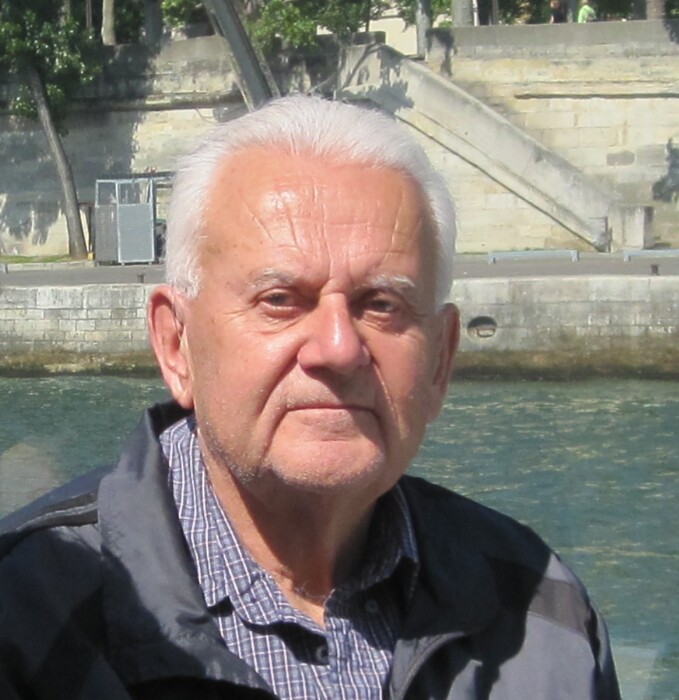 Reginald Ernest Gervais was born September 16, 1938 in Montreal to Ernest Gervais and Grace Desormeau. Both his parents and beloved sister, Annette, predeceased him. Reginald died at Maple Ridge hospital on January 21, 2022 in the loving presence of his wife, Iris of 60 years, three sons, Michael (wife, Ramona), Joey (wife, Juanita and children, Candace, Jordan, and Ryley), and Norman (wife, Deanne and children, Braeden and Jenevieve).

Reginald lived his life with principles, hard work and built houses that became homes for his wife, children, and grandchildren.

He lived his life singing the Frank Sinatra song "I Did it My Way." However, he was a man of ethics, calm, and morality who imparted significant life values of decency to his sons. Reginald always encouraged his sons to stay connected to each other and be strong.

He was proud to serve as a Sapper with the Canadian Armed Forces and to have Norman and Ryley continue the Gervais commitment to serve their country. Michael was passionate about service to the community as a police officer.

Reginald used his brilliance at mathematics in the pipefitters trade that contributed to the construction of flight simulators in Saudi Arabia, the largest American nuclear plants, and essential structures at the Canadian Parliament building. This proficiency in the trades became imbued in Joey as a journeyman welder, Candace as a project manager and journeyman electrician, and Jordan soon to be a journeyman plumber.

He was a philospher, story teller, a reader of history, world newspapers which continues with Braeden. His love of music, his shimmering light is reflected by Jenevieve.

Reginald is survived by brother Bernie, sisters Claudette and Dolores, numerous nieces and nephews who can still see him drinking beer, hear him singing songs in French and English, speaking Regisms quotes such as "turn the page," "the only constant is change," and "fate is a hunter."

Further details about Reginald's celebration of life, the internment of his ashes will be forthcoming. In lieu of flowers, for those who wish to, donations can be made to a dementia, Alzheimer or veterans charity, of your choice.

The family are sincerely grateful for the professionalism, compassion and excellent care provided by all the 2West staff at the Maple Ridge Hospital.

When I think of Uncle Reg I can't help but smile, because that's how I remember him. A warm smile on his face and a cold
beer by his side. He was such a kind, caring man and will surely be missed by all who knew him.
With deepest sympathy to Aunt Iris and family.

Iris, hope you find comfort to know that friends, family and loved ones sincerely care about you in your time of sorrow. With deepest sympathy Bernie, Suzanne and family.

I can recall Reg sitting with my Dad in the kitchen on Loyalist Rd discussing and enjoying a beer. He and iris were great to visit with Mom when she lived in Edmonton and ensure she had a supply of liquid refreshments. My impressions are that he truly enjoyed spending time with his family. Our condolences to Iris and the family.

Our deepest sympathies to Aunt Iris and family, our thoughts are with you.

I'm 10 years younger than Reg. but I still see him with all his brother-in-laws around the MacDonald home farm during all the family gatherings. He always looked like he had a sparkle in his eyes and a smile on his face for everyone. Very low key when he spoke but he was also very firm with his words. A good man all the way around. Love to his children, even though we have never met and to Iris strength to care on. Patrick

I always enjoyed spending time with Uncle Reg. He was such a good story teller, he had a way of weaving words together that you always wanted to hear more. He was kind and generous with his time, and always willing to lend a helping hand at whatever you needed tending. I have many childhood memories of seeing him at my parents home or some other aunt or uncle's and he was under their sink fixing the plumbing, or laying a new floor, or helping to renovate a basement. He had an analytical mind and could almost build or fix anything. So many fond memories. I will miss him.
Scott McCardle and Joanne Hall

A Memorial Tree was planted for Reginald Gervais
January 25th, 2022

Our condolences to all the Gervais family, our thoughts are with you️.

Mike and Ramona, our thoughts and prayers are with you and the entire family at this time of your loss. Please accept our deepest condolences and love.
May the departed soul rest on for eternity.
Love and Hugs,
Derin, Moji & Family

I did not meet Reg on very many occasions, however, when I did I was always struck by his determination and commitment, especially to his family. There are far too few like him in today's world. I know he is proud of his family and there commitment as individuals to the principles he lived by and taught.

Mike,Ramona,Joe and Norman
Very deeply sorry for your loss
Of Uncle Reggie he'll be very missed.
I have fond memories growing up with you
Guys. Love to Aunt Iris