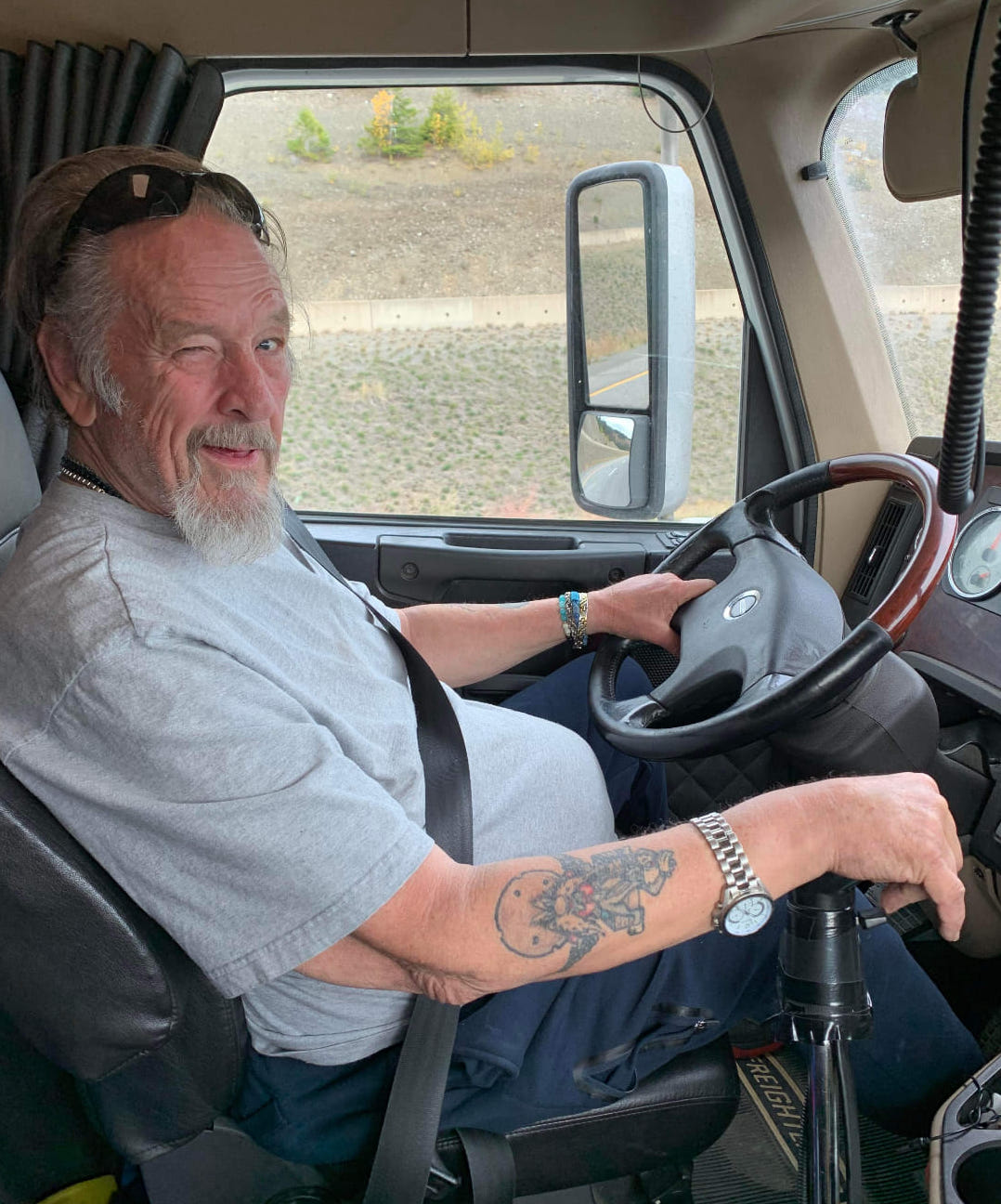 It is with great sadness that we announce the passing of Philip Thomas Smith, on Saturday, April 30, 2022, in New Westminster, BC. Phil is survived by his four children, Jimmy, Crystal, Elizabeth and Nickolas. Phil was a brother, uncle, father, grandfather and great-grandfather during his life. After a 2-month battle at Royal Columbian Hospital, Phil passed peacefully. As always, he kicked ass even during his time in hospital. He kept his sense of humour, even throughout the hardest days. You could always find a nurse smiling at his jokes and humorous faces.

Phil was a long-haul truck driver for 42 years which took him all across Canada. His son Nick will always remember the adventures they had, rocking to Shania Twain on the road. On one infamous trip in 2017, he appeared on Highway Through Hell (Season 6, Episode 7 – Hell of a Ride). Instead of potentially harming those on the road during a snowstorm, he threw himself and his truck into a ditch. He always thought of others before himself and he will live on as our family’s TV star.

Phil will forever be remembered for his humour, love of beer and his blue Harley Davidson motorcycle. He was a kind man with a big heart who was a father and brother to everyone he met. We know he’s lighting fires and kicking tires on the other side. Cheers to a great man x

Alot of good memories made
I will truly miss you Phil
I will miss your corney jokes
I will miss your famous dance
I will miss our talks
Iwill never forget your time in the spot lite on the hwy off hell lol the olive oil you were bringing me from my sister was dripping down you face , or the time we got pulled over at the border ,the partys we had . our hugs and our arguments over silly shit that didn't mater .
The time we were going home lost the plate off the trailer and you well I will keep that secret lmao
You will always be in my heart .peace out my friend and rest easy .till we meet again .Catch ya on the other side. Xoxoxox RIP

I only met Phil a few times at Jimmy and Shannons but seemed like a great guy, my condolences goes out to all the family.