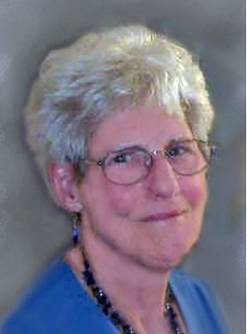 We are deeply saddened to announce the passing of Maxine Coupar on March 12, 2020.

Mum was born on the family homestead near the Hamlet of Duffield, Alberta on July 5, 1927. She was the fifth of ten children born to James and Isabel Denton.

Maxine was pre-deceased by loving husband Lorne; son Laurie; sisters Evelyn, Edna and Ruth; brothers Indus and Jim. She is the last of her generation of the Coupar family having been pre-deceased by George (Mary), Dave (Vi), Edith (Len) and Don (Grace).

Survived by her loving family, son David (Jennifer) and grandchildren Meghan (Brad) and Colin; sisters Marion, Iris and Shirley and brother Dave (Maisie) as well as numerous nieces and nephews of the Coupar and Denton clans.

For many years the family lived in the Burnaby /New Westminster area. Maxine worked at Star Shipyards in Queensborough before starting a family. In the late 1960’s, she began working for Sears in Burnaby as an operator in the Tele-Shop.

Moving to Maple Ridge in 1990, Mum became involved with volunteering at the Maple Ridge Seniors Centre, Maple Ridge Art Gallery and the Red Cross Blood Donor Clinics. She was active with the Puffers Club in New Westminster and the Better Breathers Club in Maple Ridge. She also enjoyed gardening and was a long-time member of the Maple Ridge Garden Club.

Over the years Maxine made many friends and always enjoyed her visits with them, whether over a cup of tea or by telephone. She loved keeping in touch and visiting with family in BC, Alberta, Georgia, and the UK. She also appreciated the visits and laughs with her friends while she was in hospital.

“Gone from our sight, but never our memories.”

A gathering of family and friends is planned for a later date.

I am very sorry for your family’s loss. Maxine “Mrs Coupar” to me, was a gracious woman that loved her sons.

I feel privileged to have known Maxine.A very loving and kind woman. I will miss her . Ann Robertson

Sorry to hear about your loss Dave, Jennifer, Meghan and Colin,
We have been given the ability to remember and a chamber to hold our memories close at hand. Place all those memories close to you heart always and forever.
Much love,
Linda Eggett