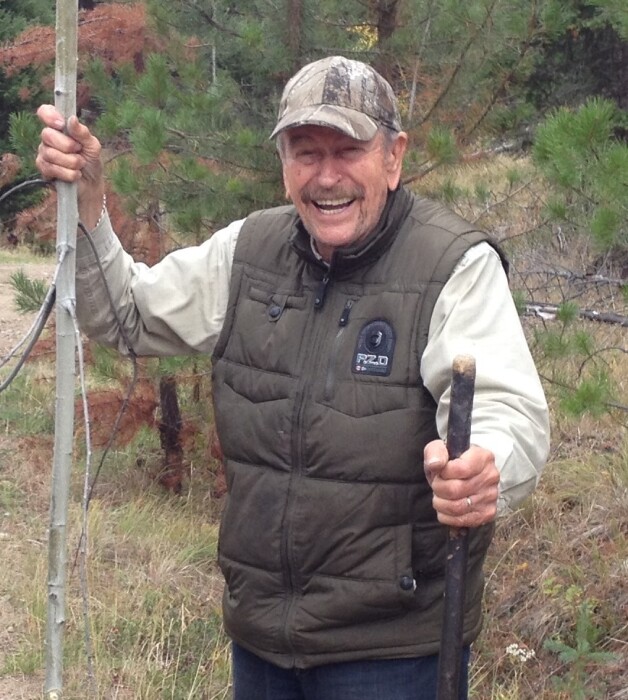 Leo passed away in the early hours of May 21 at the home he built with his family in 1959. He was dearly loved and will be missed by his beloved wife of 66 years, Bev, his children John (Kathy), Jane (Dave), Tim, Terry (Cindy), Kelly (Greg), important family members Wayne (Rebecca) and Fraser (Nancy) Lyle, sisters-in-law Alma and Margaret Pastorek, his 15 grandchildren and 13 great grandchildren, and many nieces and nephews, and friends. Leo was predeceased by his father, Frank, mother Barbara and his brothers John, Frank, and Bill, his sisters, Agnes and Mary, his daughter-in-law Sandy, and his brothers-in-law Frank Fennes and Martin Marmol.

Leo was born in 1934 at the family dairy farm on old Dewdney Trunk in Pitt Meadows, the youngest of 6 children. His childhood was filled with escapades with his brother Bill, and his Antalek and Voigt buddies. He graduated from McLean High School before moving on to nurse’s training at Riverview Hospital (formerly Essondale).

Leo had a long and distinguished career as a psychiatric nurse at Riverview, a place he continued to volunteer at after his retirement. He was innovative, and the compassionate way he treated the patients was ahead of his time.

Leo loved the outdoors. Camping with Bev throughout BC in their fifth-wheeler was a special time he looked forward to each year. He also enjoyed taking annual hunting trips with Bill and nephews, and goose hunting with his good friend Hugo Busch. A resourceful man, he somehow knew where to find salvageable logs and took great pleasure engaging his sons in cutting, loading, and storing wood for family fireplaces and wood stoves.

Family was so important to Leo. He was always willing to lend a hand with his sibling’s endeavours, building houses and workshops, haying and doing other chores on the farm, and taking care of Mary in later years which allowed her to stay in her own home.

Through thick and thin, Leo was a Toronto Maple Leafs fan, each year hoping they’d finally win another Stanley Cup. He enjoyed golfing particularly with his children until his latter years. But one of his greatest pleasures was watching his grandchildren flourish and grow and supporting them in all their activities.

Leo’s faith was important to him and he was a life-long parishioner of St. Luke’s Church.

When we think of Leo, we will always remember the twinkle in his eyes, his corny sense of humour, the phrases in Czech that he taught the grandchildren, and the kindness he showed to so many. May he rest in peace.

In lieu of flowers, please donate to BC Children's Hospital at:

I worked with Leo at Riverview. He was a huge mentor to me, always fair and kind and wise and straightforward. A unique lovely character. We loved it when he brought in his moose meat cabbage rolls! Rest peacefully big Daddy Leo!

A Memorial Tree was planted for Leo Pastorek
May 27th, 2021