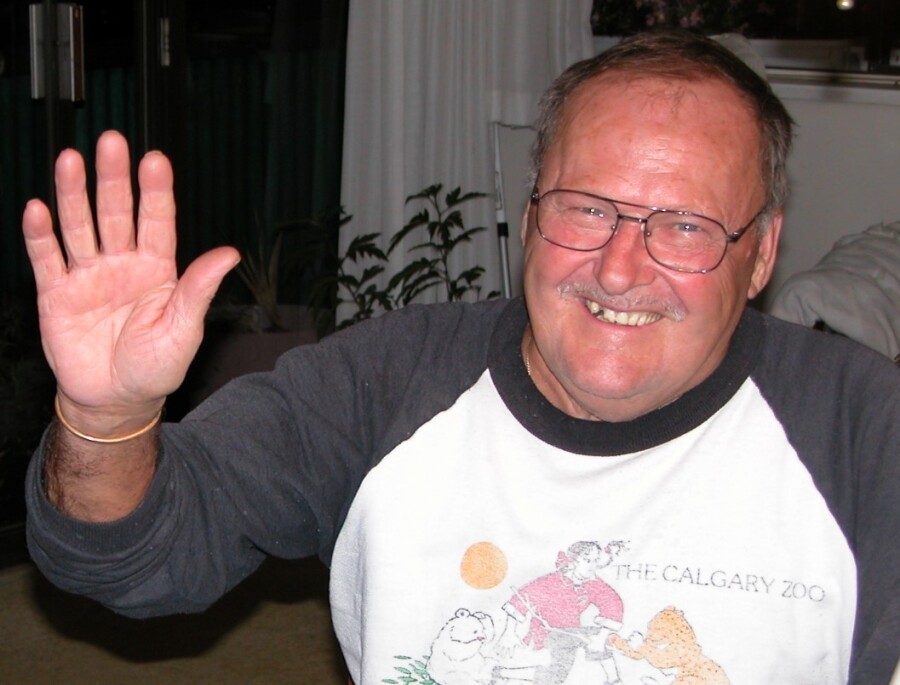 Joseph (Al) was born to Beatrice and Adelard Desrosiers on April 26,1936, the youngest of 10 children. Al passed away May 17, 2021 at Evergreen House Care Home in North Vancouver. He was predeceased by 6 brothers and 3 sisters. His beloved son, Edward, predeceased him in July 2018. Al is survived by his wife Audrey, daughters Darlene (partner Pierre) & Laura (partner Scott), grandson Antonio, and granddaughter Halle, as well as many family members across Canada. He grew up on the family farm in Bruxelles, Manitoba. Around 1956, he travelled to BC with friend Jim Boyce, returning to Winnipeg in 1959. There he was employed by Scott Fruit and Duffy’s Taxi. In June 1962 he married Audrey Ainsworth. They moved to BC in 1964 where Al worked as a mechanic until early 1966 when he started with C-Blu pool service. In 1979-80 they started their own pool maintenance business, continuing until 2012 when Al had a stroke and could not live on his own. He stayed with family until October 2017 when he moved to Evergreen House, residing there until his passing. He will be remembered fondly for his love of animals, gardening, wrestling, country music and a game of crib. He had a wilderness spirit longing to be outdoors & dreamed of living in an isolated cabin on a serene lake where the fishing was good. We hope he’s found that place to call home. His family wishes to express their appreciation and thanks to the staff of Evergreen House. In lieu of flowers, donations to the Alzheimer Society of Canada are encouraged.