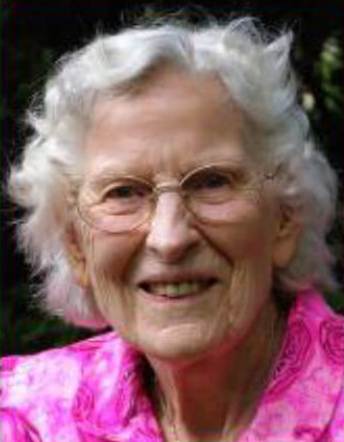 Upon completing Normal School in Saskatoon, she taught grades 1-12 in a one room school house for one year. She then came to Vancouver in summer 1939 and worked housekeeping jobs, including for the family of McGavin's Bakery, before hiring on at the Royal Bank of Canada where she met her future husband, Arthur Porter. They were married in March 1947, built their house (which she designed) in Burnaby, into which they moved in spring 1949 with their one year old son, and where she lived ever since.

Jessie enlisted in the Royal Canadian Navy in August 1944 and was discharged in February 1946. She was a teletype operator in Halifax NS and a Wren Coder.

Sewing & reading were passions of Jessie. She loved to sew and made most of the clothes for her three young children and for herself in excess of seventy years, later making clothes for her infant grandchildren. You could often find her with a book after dinner, relaxing for the evening.

Jessie was a member of Collingwood Baptist Church for over 50 years and served in several capacities including a leader of Pioneer Girls, president, treasurer of the Women's Circles and the Women's Missionary Society.

Please join the family for refreshments following the service.

In lieu of flowers please consider a donation to the Heart and Stroke Foundation, the Canadian Red Cross, or a charity of your choice.