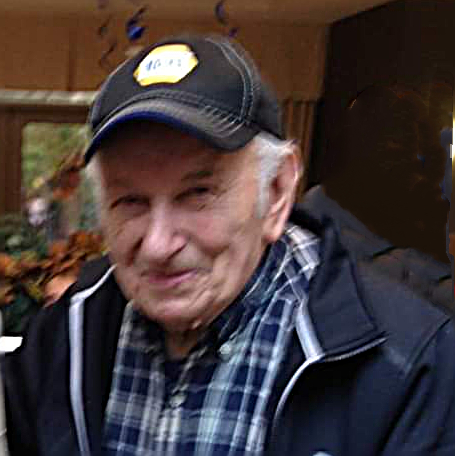 It is with heavy hearts that our family announces the passing of “Uncle Johnny”. John is survived by his 95-year-old younger brother, Albert (Abbie); nephews and nieces, Robert (Sue), Mary-Ellen (Andre), David (Paulina), Camille (David), Debbie (Rick), Jim (Carole) and Vera’s family, who were very important to John. He is also survived by many cousins, second cousins, and great nieces and nephews. He is predeceased by his parents, Maria and Luigi, a lifelong special friend, Vera, younger brother, Robert, and niece, Lorraine. In John’s younger days, he was a championship 5 and 10 pin bowler and had a great passion for building model cars and airplanes. John had several different mechanics’ tickets and could usually be found with his head under the hood of a car, working on one of his old relics or helping someone else out with their car. John was also an accomplished accordion player and still played up until his last days. He was a larger than life character with so many great stories from the old days, who will be dearly missed. Much gratitude to Jim and Robbie for making sure John was taken care of these last few years. A service will be planned for a future date.