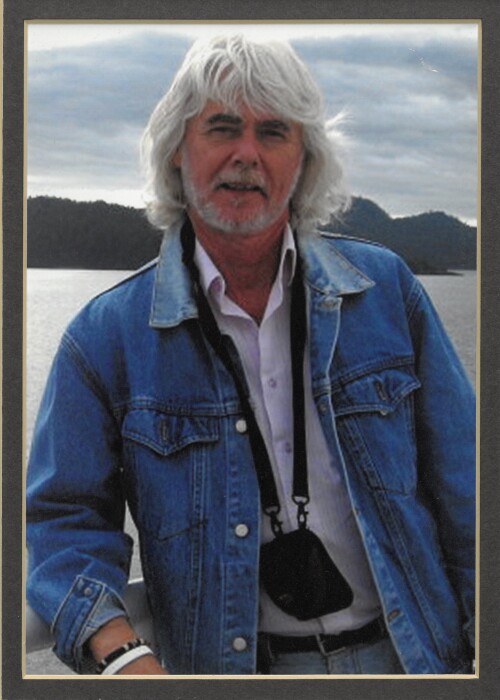 COLLIER, Donald Frank (Donn) March 9, 1946 – September 24, 2021. I am heart-broken to announce the passing of my dear, sweet, husband Donn. He slipped away peacefully after a short, but mighty, fight with cancer. He is survived by his wife Elvera, sister Marilyn, his daughter Kim (Darren), grandsons Jordan and Brandan, and numerous nieces and nephews. He was predeceased by his parents Frank & Nell, plus many close family members. He leaves behind beloved family members and friends, and will be deeply missed by all of them.

Born in Hamilton, ON, his early years were filled with friends, music, cars and he was proud to be in attendance at the 1969 Woodstock Music Festival! He achieved 2 degrees from the University of Guelph, one in arts, one in science. He travelled west in 1978, after seeing a picture of the Rocky Mountains. He knew those snow capped peaks were calling his name. After careers in Animal Health Technology and Cardio-Vascular Perfusion, he settled into Sales & Marketing in the financial sector, which ultimately led him to trips to Mauritius and the Philippines. Truly a renaissance man, with a spirit constantly in motion, he was always looking for the next adventure.

Our life together was filled with laughter every day, and often, his antics resulted in stories told for years by his friends. His loves were many, including hiking, fishing, writing, being outside in the sunshine, and sharing good food and a bottle of red wine with friends. He was a die-hard Vancouver Canucks fan – always hoping for that elusive Stanley Cup.

He was my greatest supporter, my true love, my best friend, and my partner in crime. He will be forever loved and forever missed.

I was blessed to be by your side when you faced the welcoming crew on the other side. I know the party up there is well underway. Sleep tight my love … you know the rest

A Memorial Tree was ordered in memory of Donald Collier by Diana Southgate.

A Memorial Tree was planted for Donald Collier
October 5th, 2021