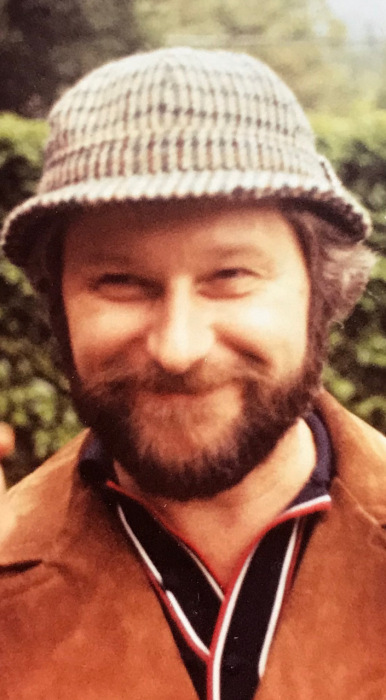 “I want to be remembered for having a good sense of humour – even if it was a little warped. You only get
one life so enjoy it while you can. Take life seriously but don’t be too serious.” Len Taylor

Arthur Leonard Taylor - Len to most, husband, dad and grandad to a select few - of West
Vancouver, British Columbia, passed away September 2, 2021 at the age of 92. After several
months of declining health, Len died peacefully with family at his side.
Len was the definition of a self-made man. Born May 5, 1929, Len was the only child of Henry
(Harry) and Marie Jean Jeanette (Bunny) Taylor of Vancouver, BC. He was a graduate from the
class of 1947 at Magee Secondary School in Vancouver and briefly attended UBC in the
Engineering faculty before realizing it wasn’t the right path for him. Len’s keen intellect led him
to becoming a professed “self-educated accountant”. A three-year internship with Price
Waterhouse gave Len the confidence to take on a variety of accounting roles and exciting
challenges in some of British Columbia’s most influential companies. For instance, while
working with Scott Paper Len and his young family took part in a four year “exchange” with a
family from Swarthmore, Pennsylvania. On returning to Vancouver, Len took on a role as
comptroller for MacMillan Bloedel before moving on to a position with BC Forest Products. In
his “spare time”, Len was instrumental in bringing the McDonald’s franchise to Canada. Opting
out of an opportunity with McDonald’s stateside, Len took on positions with Burke’s Worldwide
Travel and then Marlin Travel in Vancouver. He honed his leadership skills as President of the
Association of Canadian Travel Agencies (ACTA) and President of United Federation of Travel
Agents Association (UFTAA) – holding both positions for multiple terms. Truly a Renaissance
man!
As important as his work life was, Len loved to indulge his passions.
Whether performing, singing or just listening to his favourite tunes, music was always an
important part of Len’s life. He played a variety of instruments including the clarinet and
saxophone and loved to perform in local bands including the Kitsilano Boys Band. His beautiful
singing voice was welcomed in choirs and he was conductor for the company choir while at
Scott Paper. And he was known to take on a part or two in the odd musical or operetta.

An avid sports enthusiast - swimming, badminton, golf, sailing and of course skiing - Len was a
proud member of the committee making a bid for the 1976 Winter Olympics in
Vancouver/Whistler. While the bid might have been unsuccessful Len’s work with the
committee helped put Whistler on the map as a world class ski resort and its eventual
designation as host of the 2010 Winter Olympics.
Len was always keen for an adventure and enjoyed travelling to countries around the globe. In
fact, he’d visited so many countries he couldn’t recall how many, when asked. Outgoing and
cordial Len made life-long friendships wherever he went and enjoyed socializing with friends
and family whenever an occasion presented itself.
Len is survived by his loving wife Marie. He is also survived by children with his first wife
Lorraine (predeceased) - Michael (Julia), Karyn (Peter), Christie (Jock), and David (Graham); and
step children Sean (Joanne) Stubbs and Melissa Stubbs. Len’s six grandchildren were always a
source of tremendous pride.
At Len’s request a funeral service won’t be held. Please celebrate Len’s life in a way that’s
meaningful to you. The family extends a special thank you to the care teams at Lions Gate
Hospital, particularly those on 7 West.

Len - always enthusiastic, kind and generous - he will be missed.
Please accept our heartfelt condolences.
Harold and Catherine Hart