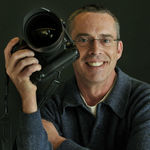 With extreme sadness the family of Ward Leighton Perrin announce his passing in Vancouver, BC at the age of 55. Born in Saint John, NB to Patricia (Titus) Perrin and the late Percy Perrin on April 29, 1964.

He had a passion for animals especially dogs and cats. Over the years he had an assortment of both, and even agility trained one his dogs. He always loved snowmobiles and motorcycles and eventually owned a Harley Davidson.

Ward was a friend to all especially those in need. Always one to reach out and lend a hand he cherished his family and amazing group of friends.

Besides his father he was predeceased by his grandparents, infant brother Jeffery and infant great–nephew Cameron Price.

In Ward’s memory please do a kind deed or donate to your local animal shelter or food bank.

A memorial service will take place at a date to be announced.