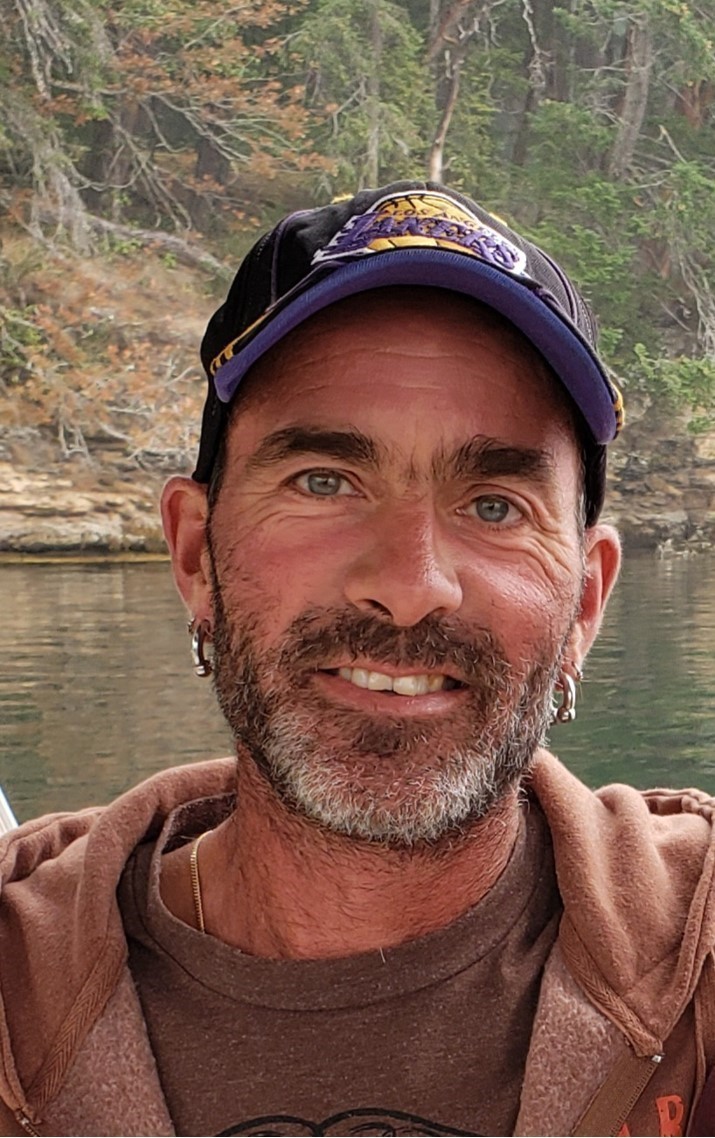 Vincent Wayne Schofield was born in Vancouver, BC on April 27, 1969, and grew up in Burnaby, BC. Vince graduated High school from Burnaby central in 1987. He attended Kingsway Foursquare Church for many years, where he met his wife Leah also in 1987 while attending homegroup and young adults together. They were best friends and decided to get married without ever officially dating. They were married on August 18th 1990 and spent the next 3 decades building their life together. To Vince, his family was his entire world.

Vince was an avid musician, fisherman, and genuinely hard-working family man who loved basketball (Lakers), hockey (Montreal), football (Raiders), Disneyland, and Prince. He always offered his time and efforts to anyone in need. Vince worked tirelessly for all of his years providing for his family, setting up for Church, always happily supporting all of Leah's volunteering by providing any behind-the-scenes muscle, happily filling any need he could see. Vince strived to live his life showing grace and love to everyone!

Vince leaves behind his wife of almost 32 years Leah whom he adored, his six children, and three (+) grandchildren: Rebecca 30 (Jason) Alexander 3, Isaac 2, Baby Boy (Due in June), Victoria 28 (Connor), Emily 26 (Graeme) Thora 2, Paul 23 (Angie), Tyson 23 (Nicole), Joel 21 (Calista), and countless additional children (Andy Lin) who considered him like a father, family, and friends who loved him dearly. Vince is survived by his brother Daron (Kyra), his surrogate Mom Auntie Nola Harbut, and much loved cousins. Vince was predeceased by his Mom and hero Sharon in 2006 and Uncle David Harbut in 2018.

Vince was diagnosed with Stage 4 Gastric Adenocarcinoma in March of 2021. Vince dug his heels in and decided to fight hard as he felt he had more life to live. In December of 2021, the doctor felt that chemo was no longer working and the cancer was progressing. He decided to try second-line chemo and after only one and a half rounds Vince took a turn for the worse. After a five-week stay at Royal Columbian Hospital where Leah was allowed to stay with him. He was finally able to come home to be with his family where he desperately wanted to be. He had one final ride in his Mustang before he declined, passing a week later with his children and wife by his side, his brother Daron and Kyra on facetime serenading him with worship songs and Prince as he was gently passed into Jesus' arms.

Vince’s Celebration of Life will be held at 2pm on April 23rd at Ridge Church - 22155 Lougheed Hwy, Maple Ridge, BC. To view via Livestream, please click the link below:

The boys have requested: if you have a sports jersey, please wear it in honor of Vince.

I spent much of my youth with Vince.

I'm one of the gang of kids from Kingsway Foursquare Church back in the early 80s and hanging out with Vince was a big part of my growing-up years.

I'm sad to hear that Vince is gone so soon but it certainly sounds like he left an indelible mark on everyone he met, and had a good, purposeful life.

I wish his family peace and warmth.

My heart and prayers go out to the family! Vince was a man of God that loved his family very much. Vince loved his music too! I am very grateful for having Vince and Leah in my life during my time in BC. I am grateful for God using Vince and the band with bringing me back to the Lord. Vince will be missed, but there are precious memories of Vince in everyone's hearts!!!!

We lived next door to the Schofields for many years. They took us into their family to celebrate every occasion and holidays, and we always looked forward to it. I was first impressed by Vince when I watched him build a tree house for the kids. He was up there, surrounded by a crowd of kids, and he was picking up planks of wood and swinging them over and in between kids and nailing into place, like a well coordinated dance. I was impressed! He was an exemplary family man. Chester Steven William and I will always remember him with fondness and admiration.

Be assured that uncle Vinnie's legacy will continue to live on here. He completed his duty as a man, there was nothing more he could accomplish.

He was the type of man I aspire to be. If I was to check the dictionary for the definition of “man”, his name would be all that's needed. I love you Uncle Vinny.

I remember the day he was born. He was the first to make me an aunt at the young age of 7. Later i would babysit he and his brother and it was always an adventure. When he was a teenager I was one of his youth leaders and we often would have long talks about everything from “soup to nuts”. He was mischievous but a gentle soul who cared about others. We had a running joke that I was his favourite aunt who … always followed by something unique to me so as to not get in trouble with his other aunts.
Vince loved the Habs and I loved the Canucks. We would often rib each other when they played. When we both started having kids they were the same ages. Friday nights became pizza night and the kids would play and the adults would play rook. So many great memories. A hard worker he was. A deeply devoted family man. He adored Leah and his kids and grandkids were his pride and joy. Love and miss you Vinnie. You were one of a kind! Auntie Gigi

It is not every Dad who would come into the house after a hard day’s work to hear I hit not one but two parked cars with the family van. Leah and the girls were with me, and witnessed the whole thing. Becca saying, Mommy, why did Darquise do that?Shortly after Vince walked in and I was scared. But all he said was if you are going to do it, do it right. Now I don’t know what he said to Leah behind closed doors, but I was left feeling comforted. Glad we could laugh about it. He would later drive me home after babysitting, encouraging me to drive his old green pickup truck, to get back on the horse. Always encouraging, always amazing and just an incredible soul with such love in his eyes for his Queen. I loved spending all my extra time with the girls, Leah and Vince.

I attended Kingsway church from 1984 to1995. My husband died Jan 28th 1994. He was a new Christian and was quite empressed with Vince. I remember Vince and Leah's young family and we were amazed at the love and patience they had as parents, and how well behaved their children were. I am so sorry for they're loss of such a dedicated man of God, husband and father. I believe "soon and very soon, we are going to see our King," and you will all have a joyous reunion. Until then, I pray you will find healing, comfort and strength in the arms of our saviour, as well as in the wonderful memories you made together. Your all in my prayers. ❤