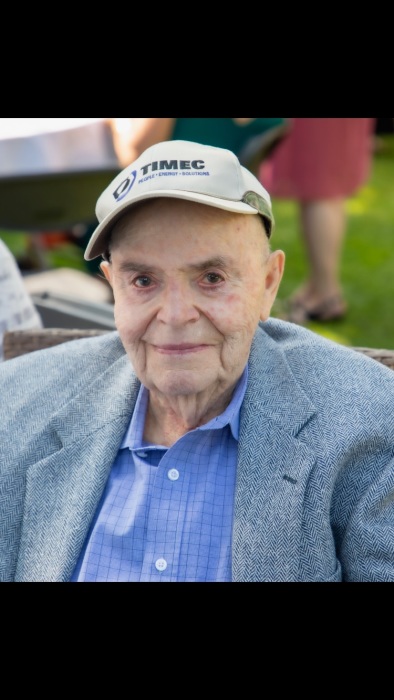 It is with great sadness that we announce the passing of our father, Thomas Carey Lomax, on March 12th, 2020. Just one month shy of his 95th birthday. Tom was born in Edmonton, Alberta on April 18th, 1925. He is pre-deceased by his wife, Jean (2010), who he was married to for 62 years. He is survived by his four children, Carol (Dan) Watts, Doug (Barb) Lomax, Don (Lori) Lomax, and Bob. He had seven grandchildren and five great grandchildren. Tom’s working career was spent with the Plumber’s and Pipefitter’s Local 170 for over 70 years. He raised his family in Coquitlam and then retired to the Langley area. His hobbies included hunting and fishing. He was a long-time member of the North Burnaby Fish and Game Club. Tom and Jean spent many years of enjoyment at their favourite fishing hole, Telegraph Cove BC, with family and friends. We would like to thank Zion Park Manor for their care of Tom. There will be no service. A family celebration to be announced at a later date. RIP Dad xo.

We have fond memories of both your parents Doug, from Sealers games (air horn goals!) to family celebrations, to Telegraph Cove!! ❤️

Happy Heaven Birthday day Dad....April 18. Can’t believe a month has passed by since you left us.
Love❤️❤️❤️❤️Doug and Barb

Grandpa. I will remember you for being a caring and funny man . My best memories are spending summer trips to Telegraph Cove with you, grandma, and my family. Your love of that special place is something I will cherish and continue on with my family now. I am comforted knowing that you will be with grandma now. I love you grandpa.

Grandpa, you will be greatly missed. I am glad you got to meet Henry twice and come to my wedding. My last memories with you were very special. But my favourite memories are the times spent with you as kids fishing, camping, and family get togethers. Things won't be the same without you around but I feel comforted knowing you are finally with Grandma again. Rest In Peace. xo

We send our Love to the Lomax family. The times I have been around Tom, he had a gentle spirit. I know he will be missed by all the family. Nothing that is Loved is Lost, he will forever be in your hearts. He gave gifts of wisdom. We pray the Lord will comfort you in your loss with his Loving arms. I pray that you all are surrounded with his Peace and Love during this difficult time. Jesus said, Peace I leave with you, My Peace I give unto you. JOHN 14:27

I will miss your company when I come to Canada. I always enjoyed being around you. My heart goes out to the Lomax family.

To all of the Lomax families: I am saddened to learn of Tom’s passing. He was such a sweet, honest, caring friend. We are blessed to have known him and he will hold a special place in our hearts. Please convey our condolences to the rest of the families. Mitzi

I will always remember his smile, his humor; not a mean bone in this person! Bake