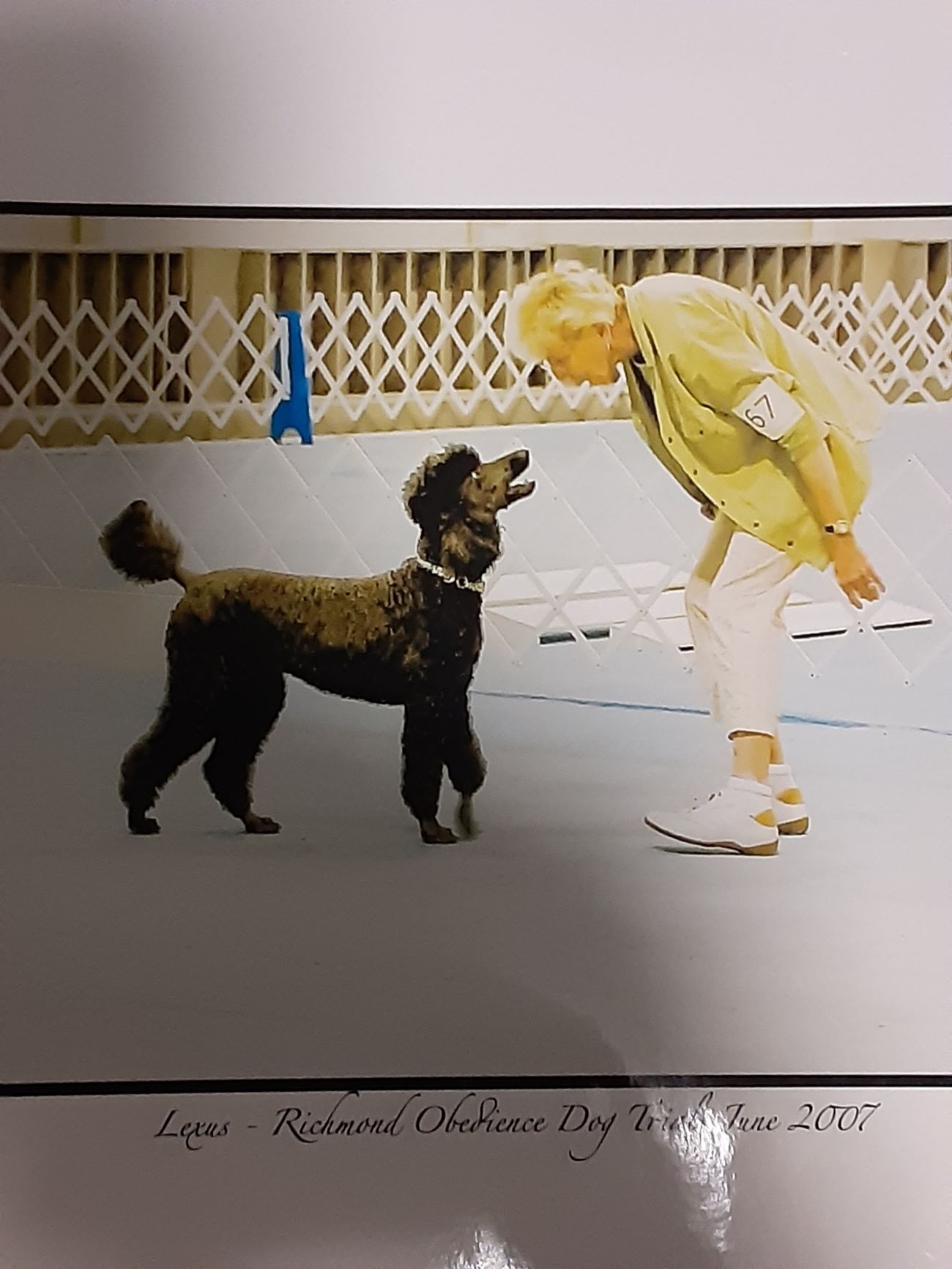 Shirley was born in Vancouver and grew up in the area.

After high school, Shirley graduated from the VGH School of Nursing. Shirley worked as a nurse in Nova Scotia. It was there she met her first husband, Edward Cooper and they both moved back to Vancouver and had 3 children. Shirley was an avid gardener and spent many hours in the great outdoors camping and fishing in nature.

Shirley divorced and married Bruce Welch. She spent her time boating on the coast of B.C. and travelling the world.

It was during this time she began her lifetime love of Standard Poodles. This introduced her to conformation and obedience competitions resulting in many titles on her Poodles. As part of her commitment to dogs, Shirley volunteered many hours for Vancouver Dog Obedience Club.

Later Shirley bought a house in Nova Scotia and spent 7 months a year there. Golf became a passion of Shirley’s and she was busy golfing on both sides of Canada.

Shirley’s love of animals and nature was a powerful force in her life and she shared this with her daughter Susan.

In lieu of flowers please donate to the SPCA.

Our condolences to all of Shirley’s family and friends.

I have many fond memories of Shirley from Vancouver Dog Obedience and the trip that we went on to Crufts Dog Show in England. Boy were there a lot of laughs on that trip! I will never forget how Shirley was always well dressed, hair done and a string of pearls, and of course one of her black standard poodles. Thanks for the memories Shirley, I am sure that once again you are surrounded by your beloved poodles.

RIP Mom and hope you are reunited with all your beloved dogs!