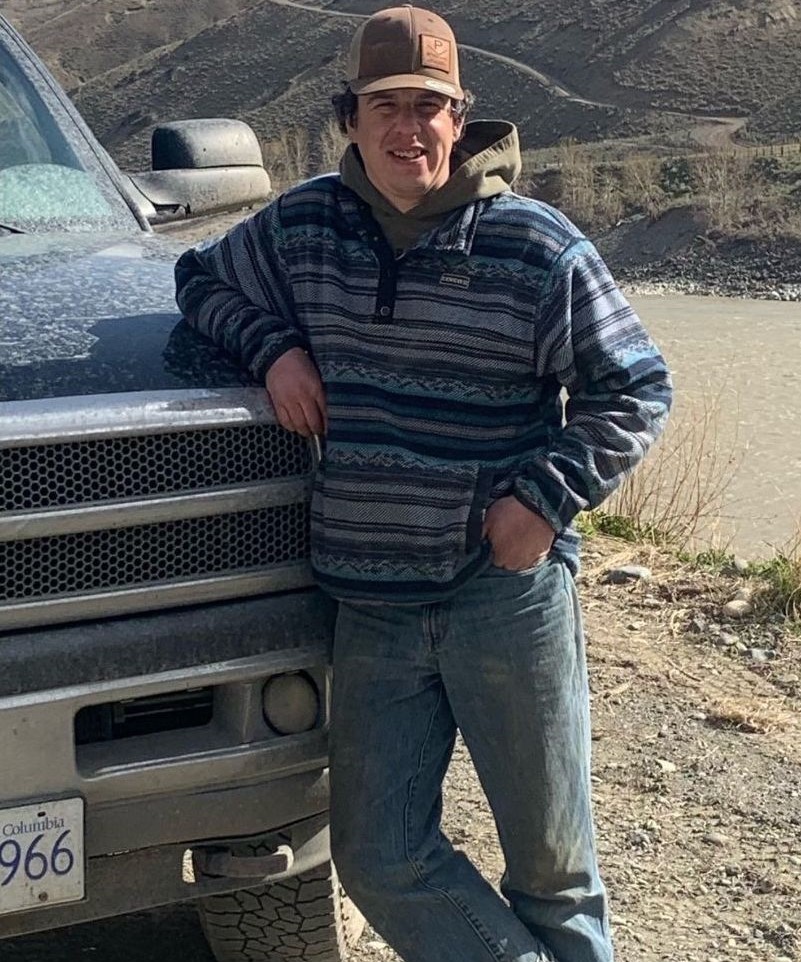 It is with great sadness that we announce the sudden passing of Ryan Howard Austin Plante at the age of 33, on May 18, 2022 in Hope, British Columbia. Ryan is predeceased by his grandfathers Ralph Plante and Herbert Collicott. Ryan is survived by his father Howard, mother Shawna, daughters Bailey Jane, Tally Mae, and Bacardi, granddaughter Alize, sister Raechel, brother Brett (Barb), niece Olivia, nephew Alexander, and many aunts, uncles, cousins, and grandmothers Alice (Del) Plante and Elizabeth Collicott, the mother of his children Tanya, as well many friends who became family.

Ryan was born on May 17, 1989 in Fort McMurray, Alberta. At the age of 16, he moved to BC to start a better life for himself, and he did just that. Ryan was one of the most hard-working, strong, and selfless people you could have met.  He prided himself in the accomplishments he had made in his short life. His proudest moments were being a dad to his two beautiful daughters, Peanut and Ty (Bailey and Tally). Ryan was passionate in everything he did from being a dad, a husband, rodeos, cutting firewood (or just cutting down trees), being the entertainer that he was with his shocking stories, and raising his precious cattle. He was a man of many jobs, from fencing to the pipeline, and met so many good people along the way. Ryan was the type of the person to put others before himself, and help anyone in need without thinking twice. He loved all his friends and family deeply, even if he had a funny way of showing it. We all know he had to say what was on his mind, rude or not; but that is what made Ryan, Ryan.

To keep Ryan’s selfless spirit alive, we ask you to consider doing a random act of kindness.

In lieu of flowers, donations can be made to the trust account for Bailey & Tally set up by their grandparents.

Mental health is a taboo subject for a lot of people, people who are struggling could be embarrassed or ashamed to come forward and ask for help. Sometimes the strongest or happiest people in your life are struggling and it’s hard for us to tell. These past few years have been hard on everyone in the world, and maybe we should check up on our loved ones more often than not. Every human life is unique and valuable.

On Saturday June 11, 2022, at 11am in Clinton, BC, there will be a graveside interment at the Clinton Pioneer Cemetery for Ryan, followed by a reception at the Clinton Rodeo Grounds at 2pm.

I had the great opportunity to know Ryan for only a short while, although only a short time, I liked what I seen. I am deeply saddened for his family and it breaks my heart to hear of his passing. Ryan’s family are in my thoughts and prayers. May you Rest In Peace young man.

Dear Shawna and family
I’m so very sorry for your loss.
My heart is in pain and deep sorrow
May God hold your hand and your heart in His Loving Hands to give you Peace and comfort in this difficult time!
You’re in my thoughts and prayers.
Hugs and love to all of you.
R. I. P. Ryan. 🙏🏼💐

Shawna and family, I just heard about the loss of your son, I am so deeply sorry, please know you and your family are in my prayers and thoughts

Deepest condolences and sympathy to you Shawna and family .sending you all so many prayers ,hugs ,and love at this time of sorrow and sadness . Big hugs (YQU ) Jazz staff.

We were blessed and fortunate to have you in our lives when you were young, always happy, playful and always had something to say . In your adult life you were the same, always helpful to everyone and had good stories to tell. You were always loud and proud no matter where you were. We will always remember the baby , the boy and the man you became. You left imprints on all of us. Peace be with you Ryan .

Dear Shawna, Howard and the entire family, our deepest thoughts and sympathies. We know your family is everything to you and we wish we had words to help ease the pain. Please know that you are in our thoughts and prayers. Hugs Jeff and Kathleen

My dearest Shawna and family. Through the years of our internet friendship. I have watched your children grow into respectable and responsible adults. My heart truly hurts for all of you. His daughters will have an angel beside them always. With thoughts and love to all of you. Rhonda

My heart felt feelings go out to you.

Sincere sympathies to you and yours. May he Rest In Peace. 💔✌️❤️

My deepest heartfelt condolences for you and your family! Prayers for you all.

To Shawna and family:
From the depths of my soul I reach for words to say to comfort you during this time of great loss of your son, brother, uncle, nephew, grandchild, father to his children. But, there are no words that can take that pain from you. The only thing I can do is to tell you that I am sincerely and fully sending you healing energy from my heart and soul to all of yours. I fully believe that Ryan is free from his pain. I'm sorry you are left empty here on earth. But know that one day you will be reunited again. Until then, try to remember the beauty of him, everything that made him so incredibly unique. And as far as suicide, there is no shame, there is no guilt. There is help and I believe Ryan would want you to now spread the word about mental health and suicide prevention like you are doing. Just remember, we all have our own path and purpose here on earth. Celebrate his because it sounds as though he made one hell of an imprint. I wish I would have known him.
Love to all of you,
Mel

So very sorry for your loss. Our thoughts and prayers are with you all. Hugs cousin