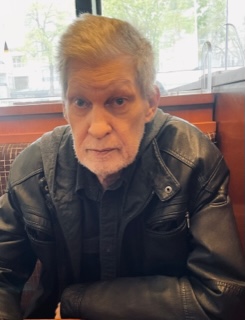 Richard Reed Wylie, 71, of Vancouver, BC, Canada, passed away quietly on the evening of June 30, 2022. He is survived by his daughter Danielle, his sister Sandra, brothers Arun and Frank, his nieces and nephews (Kylie, Léora, Riun, Arlo, Josh, Henry Hawk, Brigid, and Kate), his grandnephews (Cohen, Maximus, and Gonzo), and his close friends who have stood by him over the years.

Richard was born in Vancouver in February of 1951 and spent his life in the city he loved--surrounded by the trees and the ocean and fantastic music stores filled to the brim with the Beatles, the Rolling Stones, and so much more. He was an incredible artist and musician and had a gift for bringing things to life with his hands. He spent most of his time playing the guitar and listening to music, painting, and creating beautiful ceramic pieces. He also lived for the movies, especially westerns and black and white classics like Frankenstein, The Mummy, and The Maltese Falcon.

Richard was witty, smart, and thoughtful, but most importantly, he was cherished. We are grateful to know that he is at peace. We will miss his kind and gentle soul, his quiet inner strength, and his calm support even in the middle of a storm.