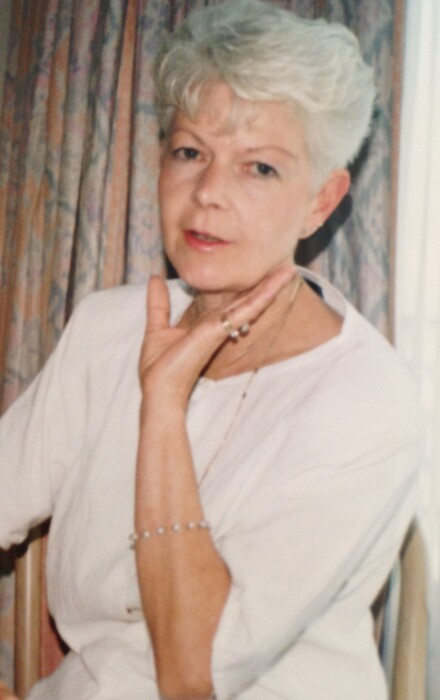 Born in New Westminster on June 23, 1937, Lila Ann Deptuck (nee McDonald) passed away of natural causes at Ridge Meadows Hospital in Maple Ridge on November 8, 2021, at 84 years of age. Lila grew up in Greenwood BC, the daughter of pioneering entrepreneur and prospector Joseph McDonald and Rose Bombini, whose family helped put Greenwood on the map. Her time as a young girl was spent among extended family and farms in Greenwood in the forties; she had two sisters, Sherry and Jill, and a brother, Joey. Lila grew to love animals: cats, and in particular horses, especially Arabians.

The family moved to Penticton during Lila’s teenage years, and she grew into quite an attractive young lady. Lila married a Canadian baseball player, had two sons, and her life in the late 50’s and early 60’s had her traveling far and wide as her husband’s pro career unfolded in many US and even a few South American cities. Always adept as wife and homemaker, Lila had a reputation as an excellent cook.

When her first marriage ended, she came back to her homeland in the early 70’s with her sons and worked as a dental assistant for a time, before moving away from the coast in 1977 to be closer to family in Grand Forks. She managed to acquire some property near sister Jill’s, and acquired Jason, her prized Arabian horse, along with (over time) many cats and her little terrier Waif. She met her second husband, the wonderfully funny Ray Deptuck in Grand Forks in the early 80’s, and they remained happily together through 2018 when Ray sadly passed away.

Lila developed memory issues during the most recent years of her life, but still knew her sons and could remember things from ‘the good old days’ as her time with us waned. She always kept an eye out and a mother’s concern for younger son Brad, who was born an American and lived in Arizona, too far from his loving Mom.

After her passing it really come to light how many family members (of quite a few still scattered across BC) she had touched during her life and how well and fondly she was remembered by them; this is such a fitting tribute to her.

In sorrow and in parting from her boys: ‘We love you and the memories we have of you will carry you along with us for the rest of our days; rest in peace Mum’.

Lila was very much a character and loved by many. My condolences to her 2 sons Ted and Brad who know what a fun loving woman she was. She was a big influence in my life when I was younger. Her arabian horse inspired some of my first drawings which sparked a series of rocking horses and wooden 'art-work created by both the school secretary and my dad. She was one of the first people I know to build herself a gold fish pond and it had to be constructed "Just so" as she had a vision in mind and didn't consider it finished until everything was exactly the way she wanted it. That was typical for Lila. She took pride in everything she did. Her recipies always had a secret ingridient and an extra dash of something to make them special or a bit more creamy. I feel very grateful to have shared so much time with her as a child. She had so many comments that would make us 'laugh' as she had a silly side. And to no surprise attracted a character-of-a-husband who also kept us giggiling at many holiday dinners with their jokes. I didn't see her as much when she moved to the Island, but was so happy that both my children got to meet her and enjoy a visit with her and her sister before they passed. I drove by the log cabin she had constructed a few months back and although it was still beautiful, it didn't have the same charm and character as it did when Lila lived there. Those who knew her know how she had added so much character to her place collecting old bird nests, arabian art and planted many wild flowers which bloomed all around her log cabin throughout the spring and summer adding so much charm and character to her place. I have vivid memories of spending time with Brad and all her grand children. Hopefully when we all get together to remember Lila we can make some more "memories" and share some silly 'Lila' stories and photos :-)