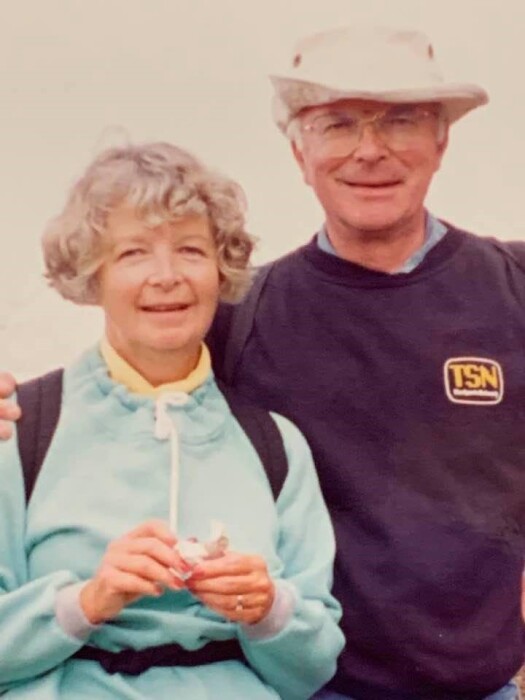 Ken & Joan Fowler are together once again following covid winning it’s battle with Ken on Saturday October 23 . Dad, affectionally known as Poppa, enjoyed life until the end, always finding the silver lining. Ken passed in his sleep completely at peace with the great and wonderful life that he lived. He was thankful for all of the good fortune, great friends, family, and fun times in his journey in this life. He was also pretty kick ass. Class President in physical engineering at University of Saskatchewan, an executive at GE for several years. In 1980, Ken was recruited by his dear friend Bob Lamb to become President of a cable company. eventually following a merger to become Shaw Communications, and Ken was a proud member of their executive. Ken finally retired nearly 20 some years later which gave him more time to travel with Joan, friends and family. Ken got a kick that 20 years after he retired, his work life remained relevant at the news that Rogers had a planned acquisition of Shaw. He was proud to represent the cable industry as the Chair of the Canadian Cable Television Association. He, like his father, was active in the United Church, & he shared his good fortune with many worthwhile charities such as Lions Gate hospital where he donated funding for imaging equipment. Ken was always so grateful to have the love of his life Joan by his side for 65 years. He is survived by his daughter Dr Jackie Fowler, son Peter Fowler, daughter in law Janice, and grand-children; Holly, Fraser, Ethan, Brett, and Jackson Kenneth. Many thanks to Dr. Barre and the staff at Amica Lions Gate for their wonderful care.