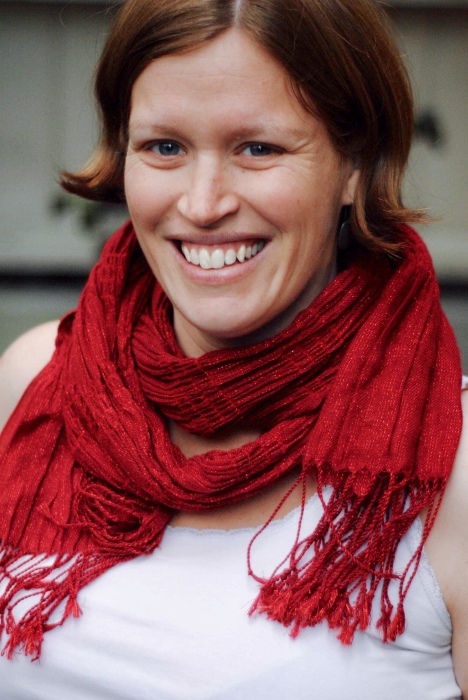 GIBBONS, Kathryn Laurel of Vancouver, age 38, formerly of Markham, Ontario, Calgary, Alberta, Victoria BC, Charny Quebec, and Winnipeg Manitoba died Feb 12, 2019 at St. John Hospice, with family and friends by her side.

Beloved wife of Tom Pearce and mother to Oliver and Linnea, she was a passionate advocate for families and residents of the West End. She particularly enjoyed exploring the city with her children on foot and by bike. If you encountered a fairy garden in the West End it was most likely tended by her with the help of her children.

Survived by her parents, Bertha Ann Fisher and Donald Gibbons, she was a treasured sister to Sheila (Bill) Taylor of Boston, MA, Vania (Jeremy) Chivers and Nancy Gibbons (James Kehoe) all of Calgary, Alberta. Daughter-in-law to Chris and Pete Pearce, and sister-in-law to Sarah of Vancouver.

In addition, her nieces and nephews will miss her: Riley, Grace, Stefan, Indira, Rory and Connor. They will cherish memories of her laughter, loads of advice, sense of adventure and love of food. She leaves many aunts, an uncle and cousins in Ontario and Western Canada. Despite the distance, she made an effort to stay in touch and open her door when they travelled to Vancouver.

Kathryn was one of a kind. She was a quick-witted, bubbly person who enjoyed making friends and including people. Her enthusiasm was contagious; she was a bright light and authentic to the core.

Her accomplishments included: learning French, becoming a teacher, traveling across Canada, and to the U.S., Caribbean and parts of Europe. She attended the UVic for her undergrad and acquired a Masters of Education degree from UBC, taught in Winnipeg and Vancouver schools, became an advocate for families and founded WEFA (West End Families in Action), and volunteered at Gordon Neighbourhood House. She also worked tirelessly, with her husband Tom, to improve the quality of life for the residents of the West End and campaigned for affordable housing. Her most recent idea was to paint Ted Northe Lane with brightly coloured murals to beautify and entertain residents, making a multi-use space in a high-density area.

She was a devoted mother to her two children. She was fiercely proud of them and never missed a learning opportunity, developing two world citizens in her short time with them.

Tom and her family wish to thank the many doctors and nurses that provided care at the Cancer Agency, St. Paul’s Hospital and St. John Hospice. Their kindness and compassion will not be forgotten.

The care and love of her friends, neighbours and community is felt in many ways, and appreciated by Tom, Linnea and Oliver.

In lieu of flowers, donations can be made in Kathryn’s memory to BC Mental Health & Substance Use Services or the charity of your choice.

A Celebration of Life will take place at The Croatian Cultural Centre 3250 Commercial Drive, Vancouver B.C. on Sunday, April 7, 2019 at 2:00 p.m. Please wear something fun to honour Kathryn.

Only now heard of your loss. Our West End neighborhood will surely miss her joie de vivre, bright smile and deep kindness.

Very saddened by this news. Kathryn was a absolute treasure and a bright light to all that met or knew her. Prayers and love sent to Tom and her babies and the rest of the families.

Your love and caring deeds will always shine as treasures in my memories of you, dear Kathryn!
You will be in my heart always and I will love you forever.
Dad

I am so saddened by this. Too young to die, too loving, too alive.
Hoping that you all find peace in the memories of her.
Donna Tilden