He will be forever remembered by his wife, Marilyn Good, his daughters Shauna & Ryan, his son-in-law Darryl Penny & his precious grandchildren Noah & Sawyer.  As well, he will be dearly missed by his sister Sandra & her husband Irv, his brother Murray & his wife Gage, & his brother Richard & his wife Donna. There are several much loved nieces & nephews who will miss their uncle for his wit & humour.  There are countless friends near & far that will remember him for his music, walks & talks!

His family would also like to thank all staff at Morgan Place for the love & compassion they’ve shown both he & his family.

In lieu of flowers the family would appreciate donations to the BC Cancer or local Alzheimer’s societies.

I was a student of Al's when he was an instructor at MIT in Winnipeg. We kept in touch over the years and I have many happy memories of those times.
I used to tell Al. that I did sympathize with him because it must be humiliating to have to teach people who were his intellectual superior and one guy in particular who was vastly superior but not to worry because he really was a lot smarter than he looked, needless to say he did get back at me.
Al had a keen and open mind, a big friendly heart and a great sense of humor. With his life he made his mark on this world and he will be missed greatly by many many people'
Goodbye Al, thanks for the memories,
Mike Ball

I was a student of Al's when he was an instructor at MIT in Winnipeg. We kept in touch over the years, I have many happy memories of those times.

Sincere condolences to Al’s family. I have fond memories of his banjo playing, his joke-telling and sailing with him on West Hawk lake in his Y Flyer. Great times in our youth.

Alan was my uncle. He was a terrific man. I also resembled him pretty closely -- there is a family rumor that he is actually my father, but whatever, it was the late 60s.

Al and I saw the world the same way. I'm not saying it's the best way to view life. In fact, it probably ranks subordinately with respect to most every measure of goodness as defined by major religions. So, actually yes, it is the best way after all. (Al would appreciate that jibe.)

Al died hard and it was heartbreaking. It's over. Now to remember the good times and what a crazy and irreverent bugger he was.

I think about him every day some. The Portuguese have a word - saudade - that describes that feeling perfectly. But more and more it's the important stuff that dominates: his great sense of humor, his genuine interest in what my family was up to, and his strong, but quiet moral compass which pointed to decency, kindness and fairness. He could also play a mean banjo.

What a guy. What a great, great guy.

I have so many fond memories of the condo in Kelowna, walks in White Rock, and the many times you let me do your hair! You were the goofiest man I knew but deep down cared so much for me.
I miss you so much!
Your wit and charm will never be forgotten!
Love,
Corrine

I’ll never be able to explain how much Al meant to me and how much he changed my life. He folded me into his family seamlessly and with Marilyn, was honestly my greatest champion. Ryan and Shauna are more than my friends, they are my sisters. Al made fun of me more than anyone I’ve ever met. What an honour.

I have known Allan all my life as he and my Dad were first cousins. Our families would get together at the farm where I grew up, at the Good home on Fisher, and in the summer at the cottage West Hawk Lake .There were always lots of laughs and lots of fun. I have many great memories of those times.
When I went into x-ray training Allan was my instructor at Red River Community College. He was a very good teacher . More importantly, (and this I wanted everybody to know ) the students really liked him. He was a breath of fresh air. When we heard, a few years later ,that he was moving to BC, so many people were disappointed. His reply was, " You don't have to shovel rain" Always the joker!
I am so very sorry to hear that he endured such poor health for the past several years. To Marilyn, the girls and the rest of the Good family, sincere sympathy. Take care, LEN

:Alan!!" said with emphasis by another - meant something irreverent just fell out of his mouth. Alan was witty, smart, curious, musically gifted, snarky, and a family man to the core. He was genuine in everything he did and I was lucky he called me his friend.

So sorry to hear about Al's passing. The last time I saw him was at a family gathering and he still had that spark in his eye. Al was always so alive, willing to share a story, listen, or laugh. I am certain he will be missed by many. Rest in peace, Al.

I first met "Al" in late 1985, when we worked together at BC's Radiation Protection Services, first with the Ministry of Health and then the BC Centre for Disease Control. As his "Boss" I could always rely on him, being a rock in the small, specialized team at RPS., whether giving new ideas in the medical x-ray field or responding to radiation emergencies. But there was always time to chat with Al; he was such an approachable guy.
I particularly remember him talking about his trip to Cuba, which inspired me to go there...which I did with my wife, Mary, four times! I knew he loved music and played the guitar but never got to see him perform; my loss there. Now he is gone.... but not from our memories. From his handsome good looks to that wry smile (what was he thinking exactly?) every day brought something new from him. Sadly, also, two of our work colleagues left us over the past 12 months or so. Perhaps they are cooking up ideas to get one over on the "boss'. That would be Al!. Brian.

We loved our visits with Al and Marilyn. Miles separated us, however when we were together we picked up right where we left off. Sending our condolences to all of his family. ❤️❤️❤️

My dear Uncle Al
Although we lived miles apart I always thought of you and Aunty Marilyn. I loved how fun and annoying you were lol and i mean the annoying in a good way!! You always had a kindness to you. You always took an interest in me and what I was into. Although we joked a lot I will always remember how much you cared about me and my girls. I hope you and my dad have found each other and you learn to control that middle finger of yours lol miss and love always, Jennifer 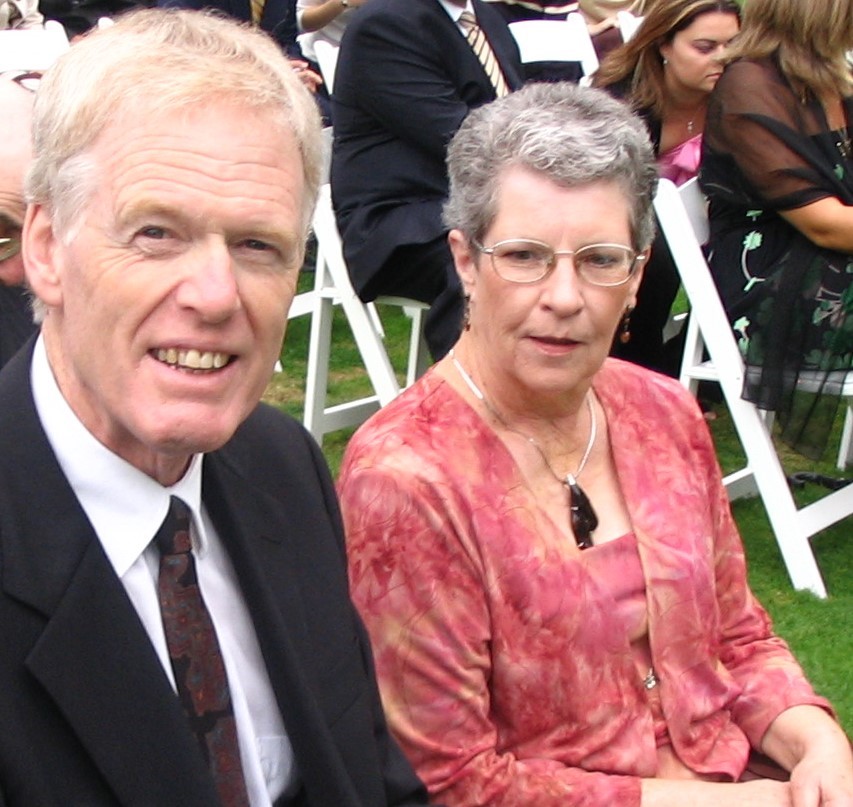 All our families' sympathies to Marilyn, Shauna, Ryan, Darryl, Noah and Sawyer.

“There are places I'll remember
All my life, though some have changed.
Some forever, not for better;
Some have gone and some remain.
All these places had their moments
With lovers and friends I still can recall.
Some are dead and some are living,
In my life I've loved them all.”

Your families’ years of constant care, comfort and compassion to Al are truly commendable as was Al’s valiant, long and hard-fought struggle with that devastating disease. Al’s life was topped with an angel on his shoulder plus decades with three devoted vivacious vibrant women who loved him profoundly.

“The quality of mercy is not straind.
It droppeth as the gentle rain from heaven
Upon the place beneath. It is twice blest:
It blesseth ‘them’ that gives and him that takes”

Because of your families’ indomitable spirit, Al fought a brave battle against a bugger of a damnable disease.

“Take him and cut him out in little stars,
And he will make the face of heaven so fine
That all the world will be in love with night
And pay no worship to the garish sun.”

While it’s tough going now (‘If you're going through hell, keep going’), assuredly Al’s love for you and your family lives forever on his final journey with his beloved memories, music, and mutts, to his final resting place, I’m guessing West Hawk Lake. Or, his ginger hair DNA may call him to his Celtic home.

“I will arise and go now, for always night and day
I hear lake water lapping with low sounds by the shore;
While I stand on the roadway, or on the pavements grey,
I hear it in the deep heart’s core.”

We think of Al as cool and he was real.

I got to know Al through my husband Vic, a long time friend of Al's from RAdiology . They traveled though Europe , drove south together in a VW Bug,and spent many days at the Westhawk family cabin (Al's). Vic missed his friend when he and Marilyn moved out west from Winnipeg. Here's hoping Vic and Al meet up to a have a beer and reminisce old times. RIP Al.

We lived right across the street from Al and Marilyn in White Rock on Goggs Ave. Shauna and Ryan babysat our two daughters Cait and Maggie from time to time. We had many laughs and good times with Al and his family. I have many many fond memories of those days on Goggs. My heart goes out to Marilyn, Shauna and Ryan. I know they will miss him dearly. For me Al was one of the most real and down to earth people that I have ever known. His excellent sense of humour was a joy for me to experience. I feel lucky to have known him and to have spent time with him.May he Rest In Peace! 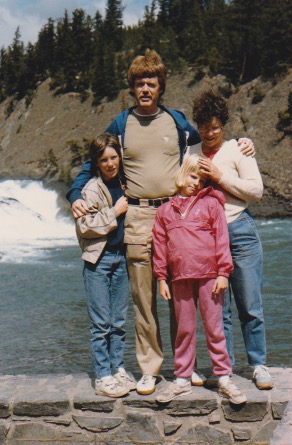 Allan was a great brother-in-law and Uncle. We have many fond memories and have shared countless good times with Al. We will miss him dearly. Whether we were out for a good hike in the forest, strolling along a beach or just out for coffee Al always carried with him his wit and humour. (Not to mention his "Silly Tilly"). For as much as he loved to tease Marilyn and the girls his "love" for them was pretty clear. We will forever keep these memories in our hearts.
Al will always be number "1" in our books.