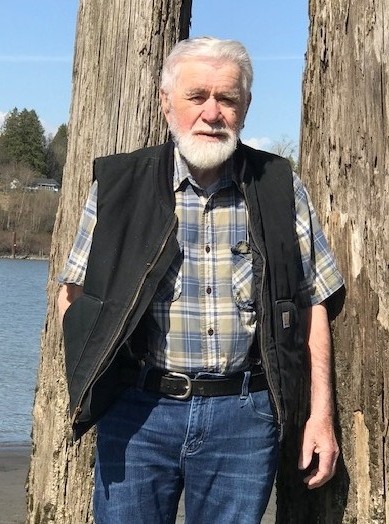 Don Gehring was born in Innisfail, Albert on December 12th, 1932. Dad was predeceased by his wife of 62 years, his cherished partner in life, Bernice, our mother. Dad was able to share the last months and days of his life at home with family. He leaves behind daughters, Donni Saunders (Steve) and Diane Welters(Andrew), son Ron Gehring(Robyn), five grandsons, Les, Shane, Dustin, Shaun and Ryland, 13 great grandchildren, his sister Chris Taylor, his Alberta cousins and numerous nieces and nephews.

Know in Maple Ridge as a gentle soft spoken man, a Publican and environmentalist, and the man who saved a historic bank building and made it into a pub. Dad was a poet who channeled his life through his poems. He went by two alias names, Daddy G in his singer/song writer career, and for the other name, let’s just say that up until a few years ago he held a very important role in the Maple Ridge Santa Clause Parade. Throughout his life he was generous with his time, advice and compassion for others and his community. He will be missed by the many people whose lives he touched at the Billy Miner, in his worldly travels, and through his love of thoroughbreds, poetry, music, and boxing.

There will be no service Dad felt as though the greatest part his life had been celebrated during our Mother’s celebration of life in December, in lieu of flowers, he asked that donations be made to the BC Cancer Society.

Forever in our hearts