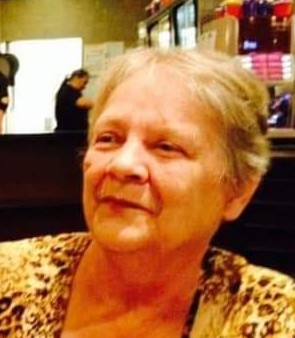 Catherine "Cathy" Bowman, age 71 passed away at her home, surrounded by her loving family on Feb 22, 2022 after an eight-month battle with cancer.  She was born October 16, 1950 in Calgary, and was raised by her mother, Reva Johnston, along with her six siblings.  She moved, along with husband Bill to Port Alberni, BC in March 1999 then to Coquitlam, BC in June 2012, where she was reunited with her children and grandchildren.

She is survived by Bill, her husband of 50 years, son Barry, daughter Lori, son-in-law Ken and two grandchildren, Coral and Blake, as well as sisters Lorraine and Jeanine and brothers Hugh and Norman with Sisters-in-law Robin and Linda and many nieces and nephews.

She was predeceased by her mother Reva, sister Aileen and brother Stuart.

Cathy had a great sense of humour and loved to laugh.  She was known to be the life of the party and could make the whole room laugh.

She was small in stature at 5'2", but she could do anything she wanted to do.  In the late 70s, she got her first job as an upholsterer - a physically demanding job, but one she excelled at.  In 2000, she opened her own food truck in Port Alberni, which she ran mostly by herself for 6 years.  She bought only the best quality food, and sold it for reasonable prices, making far less money than she could have, but that was the type of woman she was.  In 2006 she went on the road with Bill, who was then a long-haul truck driver, getting her class 1 driver's license along the way.  The woman who was once scared to drive a car was now driving a semi.

Above all, Cathy loved her family and showed them nothing but unconditional love.  She was such a selfless person - she gave and gave, and never wanted anything in return.  She had no problem spending money on others, but didn't like it when others spent money on her.  She was in pain most of her life, from fibromyalgia, a serious car accident in 1993, and arthritis, but you would never know it - she never complained because she didn't want people worrying about her.

She will be missed more than words can possibly say, and will never be forgotten.

True to her form, she did not want a funeral, and her wishes will be respected.  Her ashes will be scattered near her favorite camping / fishing spot, on Vancouver Island.

Gone from us that smiling face,

The heart that won so many friends,

A life made beautiful by kindly deeds,

A helping hand for others’ needs.

To a beautiful life,

She died as she lived,

Cathy was a powerful force of getting things done, all while making us laugh until we couldn't catch our breath. Almost 40 yrs of laughter, support, and adventure. A book should be written to capture all the wonderful memories. Everything was better if Cathy was involved. She ABSOLUTELY ADORED her family,and the grandchildren rocked her world. She took amazing care of her family and friends' by whatever means possible. A hug, a laugh, a visit , a meal, the shirt off her back. She loved with her whole heart. Myself, our family and friends
are honored and privileged to have been part of her world. Full speed ahead Namwob. You are definitely missed.

We will miss Catherine. She was always smiling and loved her family unconditionally. I’m sure she will be remembered fondly by all who knew and lover her. May she Rest In Peace.

I am imagining auntie Catherine and mom and dad together laughing and reminiscing about so many memories made in previous years. Hugs to the family.