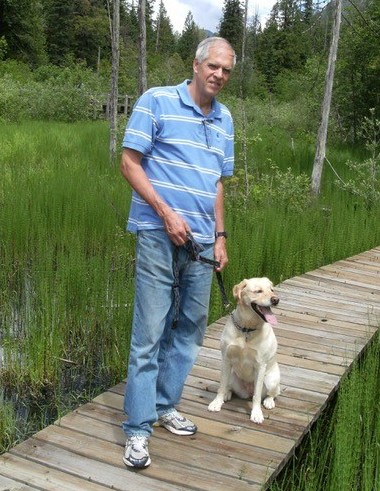 It is with profound sadness that we announce the passing of our beloved husband and father on January 16, 2022, after a very lengthy illness. Bryan was diagnosed with Alzheimer’s in 2011, but was able to continue living a meaningful life with the help of support programs on the North Shore, until five years ago when he entered residential care. His family wishes to thank the staff of Cedarview Lodge, for their loving care of Bryan right to the end.

He leaves behind his grieving wife Judy, daughter Laura, step-daughters Isabel and Rachel, as well as six much loved grandchildren.

Bryan grew up in Winnipeg spending winters in town & summers at his family farm on the Red River in St Norbert. As an athletic youth, he held the Manitoba record for running in the 1500 meter category and became the Canadian Speed Skating Champion in 1959. He taught statistics at the University of Winnipeg and, after moving to Vancouver in 1981, consulted to a wide range of companies in B.C. Bryan was a tall, gentle man who was never happier than when he was spending time with his blended family, going to the Aquarium with his granddaughters, playing his piano or training his Labrador. In retirement, he was never idle, travelling to to Asia, South & Central America and Europe, coaching volleyball and curling at elementary & high school, as well as cleaning the beaches at Ambleside with his metal detector. One year he was honoured by the The Alzheimer’s Society for his openness in talking about his disease and another year by Rotary for his contributions to their organization.

Due to Covid, no funeral will be held at this time. In lieu of flowers, donations in his name may be made to Cedarview Lodge in North Vancouver or the Alzheimer Society of BC.

Dear Judy,
My thoughts are with you and your family at this time.
Barton Choi and (Doug Henning)

Dear Judy,
My thoughts are with you and your family at this time.
Barton Choi and (Doug Henning)

Judy, we have fond memories of dinners together wth you and Bryan. Our thoughts are with you and your family at his difficult time.
John and Audrey Bourdeau

A Memorial Tree was planted for Bryan Chalmers
January 21st, 2022