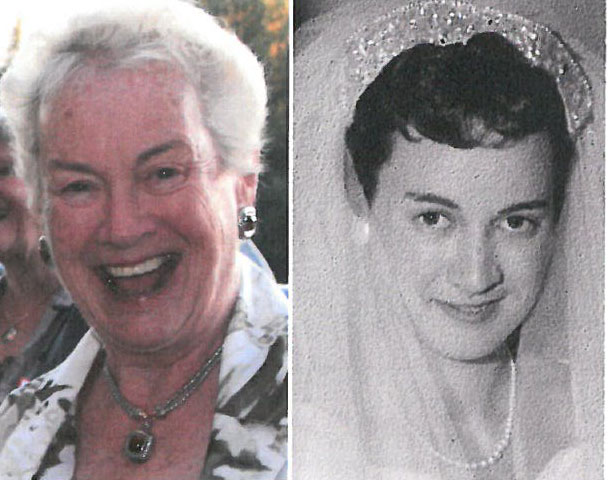 Barbara grew up in Toronto, daughter of Robert and Maybelle Milne. She moved to Vancouver in her early twenties where she met her husband Bill in the young adults group at St. Andrews-Wesley United Church. After marrying in 1957, Barbara moved with her growing family several times back and forth between Toronto and Vancouver, living for 3 years in Tehran, Iran and finally settling back in North Vancouver in 1981. She worked for various companies primarily as an executive secretary, finishing her career as church secretary at St. Andrews-Wesley. After retirement she took up volunteer work including at First United Church and Parkgate Seniors Centre.

Barbara loved socializing with friends and family. She was famous for her family dinners, New Year’s Eve parties and she was active in sports including tennis, curling, and later in life, golf. She was an avid bridge player, often playing several times a week right up to the time she passed.

Barbara was a joyful spirit. She will be remembered for her personal strength, love of family, her sometimes mischievous sense of humour, and her infectious laugh. She is dearly missed by all who knew her.

The family would like to express their gratitude for the loving care Barbara received in her final days in the Lions Gate Hospital Palliative Ward and in the North Shore Hospice. A celebration of Barbara’s life will be held on Friday March 2, 2018 at 3:00PM at St. Andrews-Wesley United Church, 1022 Nelson St., Vancouver BC. In memory of Barbara, donations may be made to the Brain Canada Foundation (www.braincanada.ca) or the North Shore Hospice & Palliative Project (www.northshorehospicepalliative.com

Barbara, I didn't know you had passed away, just found out today when I phoned Bill. I loved you for your joyful personality, that wonderful laugh and cherish the years we were all closer in the St. Andrew's Wesley Youth Group. Dave and I send our condolences and love to Bill, rest well my friend, you will be sorely missed.