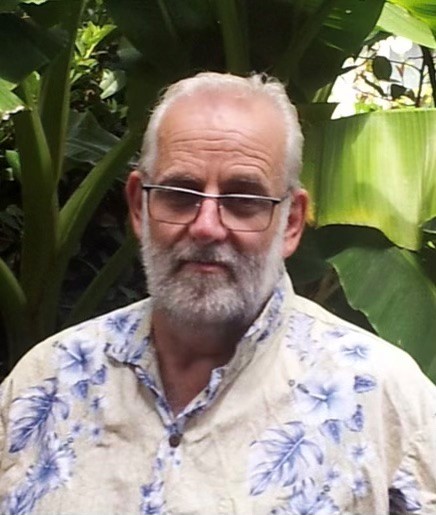 Angus Graham George Mackenzie (b. Nov. 22, 1953, d. Mar. 5, 2022). Born in Colchester, England, Angus was immediately adopted by his parents Carlyle and Mavis Mackenzie before emigrating to Toronto shortly thereafter. This was the beginning of a life of trial and tribulation; but also determination, resilience and redemption. Angus truly was larger than life as anyone who knew him will attest. This led him to the luckiest find of his life, his wife of over twenty years, Marlene. Their time together led to what he would tell you were his greatest accomplishments: his sons Jason and Trevor. The family planted roots and settled on the west coast where Angus spent the majority of his life. Despite the subsequent dissolution of their marriage years later, Angus remained loyal and loved Marlene with all of his heart until her untimely passing in 2017.

The life of Angus is far too complex for an obituary…it deserves many chapters or perhaps a screenplay that is adapted into a film. Trauma shaped many facets of his existence but Angus persevered to live a life filled with adventure in a world that was difficult for him to navigate. He often made choices with reckless abandon but they were always from a well-intentioned heart, and well-meaning conscience. Unfortunately for Angus, this did not always fit within the confines of what was deemed acceptable by society.

Angus was not meant to be confined by the rules of the world, and he proudly broke the mold of what others expected from him. Every choice he made was in order to provide for and protect his family, placing him in unavoidable predicaments. Angus was a master of different identities: son, father, friend, these were only a few of the personas he adapted over his sixty-eight years. In fact, he could be whoever he wanted to be, whoever he needed to be, or whoever others needed him to be, often at the expense of his own well-being. In the last years and weeks of his life Angus remained true to his nature, helping others to change their lives and protecting those closest to him as his health deteriorated. The last thing he ever meant to do was to inflict pain on others, having himself suffered from many demons throughout his life.

He was reckless but careful, prickly yet affable, emotional and logical, anxious but carefree, possessive yet protective, and he refused to accept many of the narratives others used to define him. Looking back at his life, Angus would never tell you about the intense loneliness and the nagging feeling of being unwanted that plagued his thoughts. He would never refer to himself as a victim and readily admitted that he alone bore the consequences of his actions while ensuring that you knew portions of his life were a cautionary tale. Instead he would regale you with loving stories of his children and how they surpassed every expectation he had for them; while proudly taking credit for helping them develop a keen sense of right versus wrong and an unquenchable work ethic. He would also tell you about the years he spent adoring his wife only to lose her to a new life where she exceeded anything he could have hoped to accomplish during his time with her.

Angus is survived by his two sons, Jason (wife Jaime and children Langdon and Hayden), Trevor (wife Sarah and sons Ewan and Gregor) and was pre-deceased by his father Carlyle and mother Mavis. We would like to thank and express gratitude to Odette Carreiro and her sons who supported and made Angus feel part of their family in the final years of his life.  Odette truly was an angel to him, being by his side to the very end. Although his time in their care was short, the family would also like to extend gratitude to St. John’s Hospice and others at Vancouver General Hospital for the care they provided to ensure Angus was treated with compassion and dignity during the final weeks of his life. As per his wishes, Angus was cremated and no service or memorial will be held.

Angus,
Oh where to begin..
Although My heart is of course heavy to have learned about your passing, I’m also feeling blessed to have shared so many memorable years with you.
You were truly unique, always dancing to the beat of your own drum.
I know I was meant to know you and I will search for peace in knowing everything is already written in the stars because as much as we try to deny this fact … we really have no control over gods master plan and when he decides to take one’s hand. If there is a heaven, your for sure there ! (fake pass not necessary) lol Thank you Angus for all you have taught me over our 10 year journey together. I’ll carry the memories till we meet again. Forever in my heart,
Love Wendy. ❤️

Angus was a outstanding man. Selfless is an understatement. He amazed me with his courtesy and kindness for others despite wether or not they were deserving of it or not.unlikely to meet another like him sadly. Rest in peace my friend.

Gus, I’m so very thankful that I had you in my life. Everything you taught me and all the late nights talking laughing. RiverRock rooms we rented all the time and all the gambling we did. Man we had good times. Angus no matter what you were always there for me and I’m forever grateful. You were the most amazing kind loving smart soul I had ever met. I love you Gus you will be forever missed by me. Rest easy my dear friend.

What a lovely eulogy Trevor. We are so sorry for another loss for you and family. Whatever your family history was your parents instilled in you the makings of a dedicated husband, father, teacher and friend. We are very proud of your accomplishments Trevor as both your parents are too as they watch over you from afar. Much love to you and family.