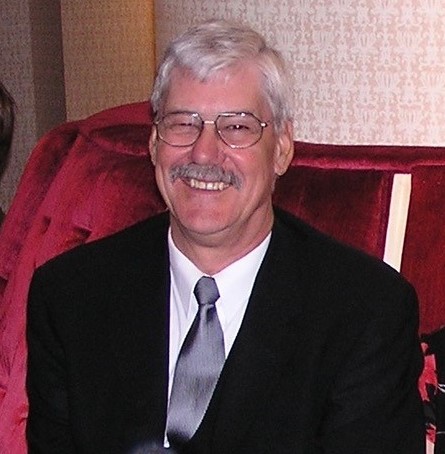 Dad passed away peacefully on Oct 14, 2022 at the Maple Ridge Seniors Village care home after a long battle with dementia.

Alan (Al) was born in New Westminster, BC, to parents Ingolf Madsen and Iris Madsen (Foz-zard), along with his older brother Glen and younger sister Karen. By the 1950’s, the family had moved to Quesnel BC, where many of Al’s fondest memories and stories originate. He attended Quesnel High School where he met his future wife, Etsuko Karaki. Al and Ets were married in 1964 and had two kids, Matt and Kerri.

Al was a true athlete, known for the passion and determination with which he played all sports. He would often recall his high school and college basketball playing days, referring to this time very fondly. He played and eventually coached a number of different other sports as well, including volleyball, soccer, football, track, curling, and golf. Al was diagnosed with MS in his 30’s but his love for sports continued on. He excelled in sports trivia, and he passionately encouraged both of his kids to pursue a number of different athletic ventures during their school years.

Al started work as a grocery clerk in his teens, moved on to work in the lumber industry, and eventually settled into a sales role with Standard Tube, selling wholesale steel products in Vancouver. Al retired from work in the 90’s but continued to play golf and travel for many years to come.

Dad was known for his booming laugh, his sense of humour, and easy-going social nature. He spoke naturally and confidently in public and was often asked to MC events. In his final years he enjoyed visiting with old friends, watching sports of all kinds on TV and spending time with his family.

Al is survived by his wife Ets, his children Matt (Suzanne) and Kerri, grandchildren Monica, Bradley, Ella, Abby, and Maiya, his sister Karen and niece Lisa.

We had so many good times laughing and playing golf and bridge, camping and travelling together. Friends for over 50 years.

Thinking of you, remember the good times, hello from Johnson Heights freinds.

We loved his sense of humour, his hospitality and his always friendly demeanour. Have fond memories of many games of bridge (which he took very seriously, I might add!)